Does Livecode have a prettify option?

The sheer fiddle of "bonging back and forth" between LiveCode and an external text editor does
not seem justified in view of the very few advantages gained from an external editor.

LOL. Look at it this way, with over 10,000 lines of code in one script, it takes the editor several minutes just to buffer a single word.

It's laughable how slow it gets - and on a core i7 octacore with 32gb ram - a gaming laptop. All other text editors run without incident. LC's editor just cannot handle such large scale scripts. However, I need to compile them, so I have to copy and paste them back into LC at some point.

HOWEVER: one of things I keep telling the kids I teach programming to is that one of the great things
about LiveCode is that one can modularise code so one almost never has to cope with a swack of code
of several thousand lines.
Top

Am I missing something? The LC SE sits open to the stack I am working on, and like everyone, I go back and forth, running and testing, running and fixing, cursing and fixing, whatever, and not a blink of delay. Wherefore are these minutes? I had no idea this was an issue.

What is anyone doing that takes any noticeable time at all?

What is anyone doing? Just trying to edit a script. The sort of thing you have enjoyed without problem. Only it is a problem, but doesn't necessarily manifest itself in a predictable way. Common factors: Windows. Auto-complete. Auto-helpers. Windows. The weather. Windows.

This subject crops up repeatedly, and it isn't unknown for you to comment your lack of experiencing these issues.
(random link viewtopic.php?p=182299#p182299 ) but they are definitely real.

There has been steady improvement in version 9.x with this on Windows. Not trouble-free yet, but certainly much more usable. A couple of times take a step back again, but on the whole, much better as things go on.

It could be the way events are queued, for every character that is typed, the entire script editor is presumably refreshed and redrawn from line numbers to text to references of handler definitions. That refresh then happens again the second character typed, and the third and queues up multiple refreshes. Maybe.

But it's a suspicion I have, and I suspect the same repeated refresh of every single element in the Project Browser, if say you select multiple objects and then nudge them across a few pixels. It strikes me that the entire PB is refreshed when object 1 is changed by 1 pixel, then the entire PB is refreshed when the queued change to object 2 shows it moved by 1 pixel as well, then another total refresh for object 3, etc, then again for the second pixel object 1 was nudged, and so on.
Top

Well, about 10 years ago I was in LiveCode's offices in Edinburgh, and at that time, at least, as far as I could
tell 99% of the development was being done on computers running macOS.

I have no very good reason to believe they have transitioned to, let's say, 80% development on Windows machines subsequently.

•During my recent online LiveCode classes I devoted 2 hours to explaining to the pupils and students (mixed International bunch)
about how both FORM (U.I. design) and FUNCTION were equally important: basically because those doing the course were producing
stacks that functioned very well but looked like someone had hopped in a time machine to rip off interfaces from DOS programs
from about 1988.•

While I am a great fan of macOS and Linux I am also aware that market share speaks buckets, so I really do feel
that LiveCode should pay a spot more attention to Windows.

About 5-6 years ago I found that the Unicode implementation on Windows was second-rate compared with Macintosh
insofar as it was not rendering glyphs in any of the Personal Private Use areas of the Unicode planes, while that was
happening perfectly acceptably on macOS. I have not bothered to check back subsequently (more fool me), but at the time
I was a bit surprised considering Windows was and is the market leader in terms of operating systems.

There was some feedback about it being the operating system (Windows) that was at fault: something I did not accept
as Personal Private Use Area glyphs could then be rendered on Windows is several programs NOT made with LiveCode,
starting with Fontlab Studio 5.

Weather . . . I am very, very proud to be Scots . . . but I can tell you from personal experience, the weather in Bulgaria is a bit better. 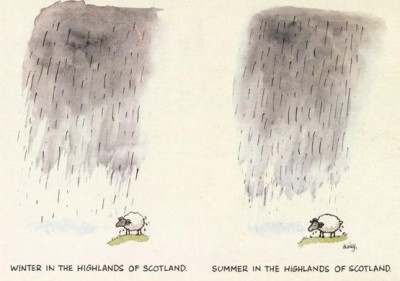 @Craig -
I can add that 'speed' is one of the things I forgot to add in this post in answer to your question about what makes other editors so great. While I personally don't suffer from slow downs in the Lc editor, it isn't because it is not a real problem, it is because I use versions so old the problem simply wasn't there at the time.

Notice the first recommendations when checking the slowness of the editor, particularly on Windows, is to turn off all features of the editor. Comparable editors in other IDEs and text editors don't have speed issues for the most part, even with all the bells and whistles turned on, and even the default settings on most are far more intensive than the defaults in Lc's SE.

I am happy you haven't experienced speed issues personally, but when I test out new vers. of Lc I notice a LOT of speed related issues, and have even commented on such from time to time. This from a 'nix perspective, so no SparkOut, it isn't just Windows haha (I laughed pretty good over that line).

Notice the first recommendations when checking the slowness of the editor, particularly on Windows, is to turn off all features of the editor. Comparable editors in other IDEs and text editors don't have speed issues for the most part, even with all the bells and whistles turned on, and even the default settings on most are far more intensive than the defaults in Lc's SE.

In older versions of LC, colorization was done by scripts in the IDE and was very slow. Later the colorization was moved to the engine and became much faster. Right now, all the "extra" features are done in script and we see the same slowness, where in other editors I'm sure these features are part of the compiled executable.

Perhaps some day autocomplete and all its relatives will be incorporated into the LC engine as well and we'll see an improvement. For now, turning off those features can avoid some of the issues. However, there is something about the Windows implementation of text rendering that still needs to be looked at.
Jacqueline Landman Gay | jacque at hyperactivesw dot com
HyperActive Software | http://www.hyperactivesw.com
Top

I either missed it, or it was not mentioned that this was particularly a Windows problem. Believe me, I would not have commented if I knew that. As for my sailing unscathed through LC, I bet I have been the most vocal is bemoaning that I seem to have issues that nobody else has ever seen. These are usually lighthearted complaints.

This has been discussed. On all platforms the Inspector updates each pixel move, and I never use it if more than about two objects are selected. I will group them all, move, and then ungroup. I wish this was an option, to turn off updating.

richmond62 wrote: ↑
Sun Jul 26, 2020 11:47 am
While I am a great fan of macOS and Linux I am also aware that market share speaks buckets, so I really do feel
that LiveCode should pay a spot more attention to Windows.

I have said in the past, I think each developer at LiveCode should rotate between using OSX, Windows and Linux for a month at a time, and using that month's OS exclusively. That would be a pretty cost effective way to ensure each OS gets attention.
Top

Right now all development is on Windows 10 64 bit.

My newest Mac is old as hell. I do have to 'Macify' our code, so I will have to get to work on my ancient Mac at some point.

These speed problems do not manifest on my old as crap Mac.

They are INTOLERABLE on Windows.

One thing to note - we use a crap ton of globals. I know everyone hates them, but I need variables to transcend across stacks, cards, etc.

I wonder if that helps in slowing everything down?

I will try to turn off any eye candy in the editor - I did not even know you could do that.

Notepad++, Notepad and Sublime are lickety split with the identical code.

my old as crap Mac

. . . so, if you want to "Macify" a stack be sure you save it as a suitable version
before you transfer it to one of your not-so-crap Macs.

my old as crap Mac

. . . so, if you want to "Macify" a stack be sure you save it as a suitable version
before you transfer it to one of your not-so-crap Macs.

LOL. It's a used 2011. Not really so old, but old enough that I cannot install a new version of Mac OS on it.

I did buy a 2015 used Mac all-in-one but it's slow, slow, slow! I guess i'll bite the bullet at some point and pony up for a new Macbook Pro.