I intend to list functions that I have found that NOW DON'T/NEVER DID work on Android using LC7. Anyone can add theirs as well. I will edit when fixed.

My Test:
I have an app that scrolls to the formatted height/width etc of a group [using mobilecontrolset contentRect] - but it now doesn't with LC7 (RC3). I've even tried using 'numbers' in place of variables with the same result. I then tested save as 5.5, loaded into 6.7 (rc2) and it works again.

5. The Livecode 7 newsletter provides an example with standalone Android settings that doesn't work correctly. One aspect the code has 'set fullscreen to true' but this is not listed in the dictionary as an Android function, also the button icons are not visible on an actual Android phone - see screen capture. 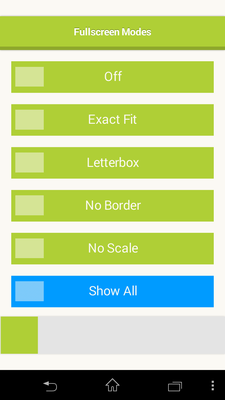