This forum is a working group for community contributors to the LiveCode IDE included in the main LiveCode distribution.

there is instant gratification of things moving and doing things.

There is fairly instant gratification with LiveCode, and it is possible to see one's code
at the same time as it is at work.
Top

That was my point which I didn’t finish off - instant gratification is FUN, not printing hello in the console like in Python without using TKINTER or other badly integrated GUI addons.

You can do the GUI stuff with livecode as well as scratch and logo and turtle graphics but you can’t write serious programs with any of the others, but you can with Livecode - so you have to push the instant gratification without expiring until they get good enough to write serious programs. A subscription for livecode is never gonna beat a subscription to PlayStation or Xbox live.
Top

The reason Scratch (ugh!!) is and Logo (was) popular as a teaching tool is that they are both fun to use there is instant gratification of things moving and doing things.
---

That's one of the reasons I'm still obsessed with xTalk languages, Instant gratification! Being able to see what your code is doing immediately after your done typing or changing a line is a powerful thing. It has a name: https://en.wikipedia.org/wiki/Direct_m ... _interface

This person "gets it": http://worrydream.com/#!/LearnableProgramming

I've been reading up a lot lately, filling in the gaps in my knowledge of xTalk history (as well as LISP/ SK8script / AppleScript) and thinking about what are the things about this family of languages exactly that makes me think there's something so "Insanely Great" about it, where some went wrong, and why those other very serious languages have never done "it" for me. I may just try to write my own comprehensive History and Explanation of xTalk Languages.

Interestingly Scratch, that seems to have inspired Alice, which underneath is (ugly IMO, but also xTalk inspired ) JavaScript based I believe, that is popular for teaching kids coding in the US currently (at least at my son's school), was originally built with Squeak/SmallTalk.

When the first HyperCard clone SuperCard showed up around the late 1980s, Apple didn't launch a lawsuit, they created a standardization working group to maintain some level of interoperability. When Apple stopped giving HyperCard away for free with every Mac, and Bill Atkinson subsequently left Apple (he should've went to NeXT when Jobs invited him to, but he wanted to complete HyperCard) HC started to go on a downhill slide. Considering that both TBL's first WebBrowser and JavaScript were inspired by HC, it's fun to think there's some alternative reality universe where people build their inter networked sites of webbed together information in HyperTalk!
My LCB Repos: https://github.com/PaulMcClernan/
My LiveCode YouTube Videos: PlayList
Top 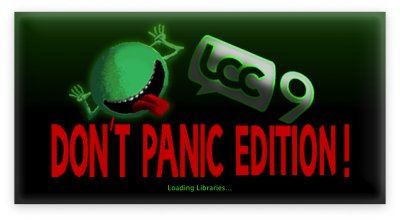 Hey can a mod move this thread to the Open Source area of the forum, where I should have made it?
Thanks
My LCB Repos: https://github.com/PaulMcClernan/
My LiveCode YouTube Videos: PlayList
Top

This is a really great idea. I learnt BASIC at home as a kid on a computer that had less power than your average toaster, and later I learnt Macromedia Director at University that had a very similar language as LC (that's why I got into it!)
It's a really good language for laypeople to learn as other have said... you write what you want the computer to do (set the visible to true... it does just that). Now that I am looking into other languages in case my LC becomes useless, I understand those languages, because I can see what they are doing in terms of LC's language otherwise, it would be a bridge too far for a dinosaur like me. It's a great tool and package for kids and I'd love to support wherever I can.
XdM
Top

Without detailed instructions about how to build versions of the installer for Windows, Linux and Macintosh
the code at the git-hub will just sit there and not be used.
Top

I moved this thread to -> Livecode Open Source -> IDE Contributors
Hope that is correct, drop a line if not!
Top

I think that's an appropriate location, so far I've mostly only made changes to the LCC IDE. Thank you Klaus.

If anyone else is interested, as I've said, I've already started making some changes to the LCC IDE, which is mostly "bootstrapped" meaning it is written in LiveCode Script. I'm not sure If I could even handle compiling the Engine core from (C++) source as I understand that can be difficult to do even for those with experience, and I have very little experience in that area. But I might just be naive enough to try it anyway. I'd like to see a Linux ARM (Raspberry Pi) build that is built from LCC 9 for LCB libraries / widgets support.

I'd also like to modify some LCS syntax slightly. I'm particularly interested in the Play command to bring something like the playSentence form, like from HyperCard (exp. play "Cb4q G#3e" with tMySoundName of tMySoundFont), and maybe 'userLevel' which currently doesn't do anything, and only exists in LC for backward compatibility with HyperCard.

I think when I have enough of these changes collected, I'm going to try to build a Stack Patcher for users to apply (and maybe revert) these changes to an existing LCC Install.

Changes so far:
1) Fixed a bug with LiveCode Builder Extension Builder window where macOS invisible metadata files interfere with compiling on Windows platform.
2) Cosmetic bugs and changes. The bug being that the Help menu always had the item "Relicense..." but Community Edition was never a licensable version. Cosmetic tweaks, and of course my goofy splash screen homage to Douglas Adams (who was a big proponent of HyperText / HyperCard) HHGTG.
Last edited by PaulDaMacMan on Fri Sep 10, 2021 5:56 pm, edited 1 time in total.
My LCB Repos: https://github.com/PaulMcClernan/
My LiveCode YouTube Videos: PlayList
Top

I think many in this community have a similar story. I'm even more of a dinosaur, I first started coding in Atari BASIC in the early 80s, lost interest for a while and then got hooked forever as a teen when I saw HyperCard/HyperTalk.