I tinkered around with a few different dimension sets; the difference seems to be constant, not proportional. Tried fooling around with 'the effective rect', turning border on and off in the rectangle, and so forth (in other stacks, not the basic one attached). No change, there always seems to be that little difference in the size of the input vs the size of the graphic rectangle.

Note that the self-reported rectangles of the input and the graphic do match; checking that was part of the 'and so forth' mentioned above.

Anybody else commented on this somewhere?

Below is what I did to get to this point:

I downloaded the sample stack here from the lesson on responding to the keyboardActivated/Deactivated messages.

Diffs between the original (referenced above) and the attached stack: Edit: added screenshot: 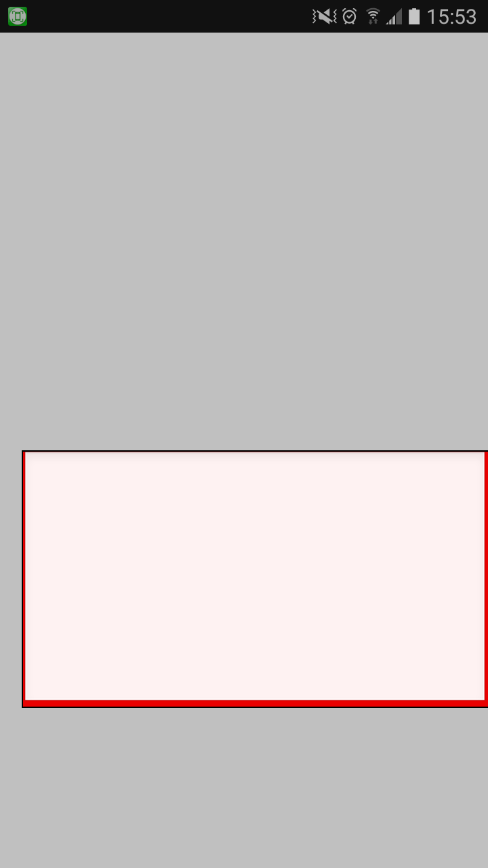 The important thing is not to stop questioning. Curiosity has its own reason for existence. - Albert Einstein (LIFE Magazine (1955 may 2), p64)
Top

attached a stack giving an alternate way to see the issue:

The gap is both bottom and sides, although the side gap is easier to see in the original post's demo.

Also filed bug report 22585; I'm guessing since nobody has commented then that at least means I haven't missed some glaringly obvious piece of documentation about that margin/padding being expected.

The important thing is not to stop questioning. Curiosity has its own reason for existence. - Albert Einstein (LIFE Magazine (1955 may 2), p64)
Top

slowmaker wrote: ↑
Thu Feb 20, 2020 8:18 pm
I'm guessing since nobody has commented then that at least means I haven't missed some glaringly obvious piece of documentation about that margin/padding being expected.

Others who answer here have different and sometimes quite hectic schedules, or don't hit the forum every day or even every few days. No specific comment in a day long period is hardly surprising. If it went a week or more, then I might assume it is as you said.

This looks like either the margins property or the linesize property, but in either case it shouldn't change the rect of the graphic. What commands do you use to set the size of the native button? Or are you using the property inspector?
Jacqueline Landman Gay | jacque at hyperactivesw dot com
HyperActive Software | http://www.hyperactivesw.com
Top

There may be a misunderstanding here on this point; I didn't meant to imply that the rect of the graphic is changed. It is not.
The graphic is just there, assigned the same rect as the input control, so the rendered input control can be seen not covering the area expected.
i.e. the red graphic just helps make the uncovered areas shine through clearly when the input control fails to render throughout its assigned rect.

The code generating the input control is like this:

The margin and linesize properties sound like decent possibilities; I'll give that a try when I get a chance.

The bug report was confirmed yesterday, so I'm guessing even if the margin property can fix it, then somebody on the team must figure it should have defaulted to zero (and I would agree).
The important thing is not to stop questioning. Curiosity has its own reason for existence. - Albert Einstein (LIFE Magazine (1955 may 2), p64)
Top

Were you able to solve the problem? I also saw the bug 22585 you reported and there doesn't seem to be any reply from LC team.

I just started playing around with Android Native Input Widget (from the tools palette, not by script). Also having the same problem when setting the rectangle there's an offset and it doesn't match the assigned rectangle.
Monox
Developing a Cyber Physical System.
https://www.monoxware.com/
Top

The team did reply, in the sense that they changed the status of the bug to "confirmed". But that's it. As of LC 9.6.1, the bug is still there.

I'm guessing it is rare for anyone to align inputs in such a way as to notice this, so it will probably stay extremely low priority for a long while.
The important thing is not to stop questioning. Curiosity has its own reason for existence. - Albert Einstein (LIFE Magazine (1955 may 2), p64)
Top
Post Reply
7 posts • Page 1 of 1