It had several things not possible in Hc, as well as somethings you can't do (strictly speaking) in Lc without reaching towards a completely different language.

For one thing, everything in SK8 is an object that can be laid down. What is the benefit in that? Well, say you didn't want to lay a stack down as your base, a field suffices. Or a button. Or a picture. You could simulate that using window shape to eliminate the block outline of a stack in Lc, but you *do * need the stack to begin with.

For another, you can directly from SK8 code to OS apis (albeit only mac os 7-9, as it doesn't run on anything newer (yet)

It's underpinning language was LISP, which was what the code language was as well when it initially was developed, but was changed over to Hc like language for coding. Being built in LISP, it has the ability (once I figure out what is needed) to be ported to anywhere LISP runs. Currently, I think that is everywhere, or at least, everywhere I code on.

Side benefit for LISP is that it can be compiled, Lc executes scripts within the confines of a vm like image, if my understanding of it is correct, like Squeak. LISP doesn't need to be compiled though, it can run quite happily scripted only. SK8 I believe runs like Lc, however I haven't gotten far enough to make sure that is the case yet.

A lot of tech is pretty old, Squeak for instance is ancient by comparison, however that doesn't make it worthless even today. See for instance some of these derivatives from Squeak. I actually played with SeaSide, danged if it isn't a lot of fun.

If, as I suspect, you are "getting all kinky" about the huge amount
of work that was going on at Apple...

Heh, you know me pretty well.

richmond62 wrote: ↑
Tue Nov 26, 2019 10:38 pm
I'm absolutely sure we could build quite a lot more in LiveCode than we could
build in SK8, but I have a feeling that while bogs' world and yours FourthWorld
may overlap they don't entirely coincide.

Astute, but I'm pretty sure Richard knows I am lost in old iron. And BSD's. And a lot of other things Lc doesn't run on, nor does it have plans to run on.

That is not a criticism, by the way, just an observation.

As far as getting original hardware, I think if I pick up anymore hardware my wife may strangle me

but I do fully intend to trial out SERF as well. So much to do, so little time <sigh>

bogs wrote: ↑
Tue Nov 26, 2019 11:31 pm
For one thing, everything in SK8 is an object that can be laid down. What is the benefit in that? Well, say you didn't want to lay a stack down as your base, a field suffices. Or a button. Or a picture. You could simulate that using window shape to eliminate the block outline of a stack in Lc, but you *do * need the stack to begin with.

Where do these disembodied controls exist if not in windows?

There was and is life outwith the WIMP GUI you know. 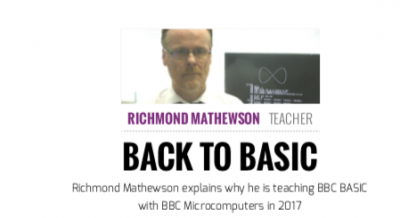 Well, knowing how busy you are, I don't expect you to remember all this coming up in Andy's thread about the BBC Article on HyperCard, but you can find the answers in the framework section of the "SK8 User Guide" I linked to there around page 26 just below the section "What is SK8?"

It is a bit much to put it all here, but it is fascinating reading.

Thanks, but I'm fairly familiar with SK8. Back in those days I followed everything ATG did with keen interest, and the Farmville demo was most exciting. That was written up in an issue of AI Magazine, and I probably read that one a dozen times. I like simulations.

But I also read Inside Macintosh, and Ask Tog. So from a technical view, controls live inside a window; that's just how WIMP GUIs work. And from a usability view, having a button alone in a separate window is rarely much of a feature.

And from a LiveCode view, just ignore that you can also script the window (stack) and the content region within the window (card) and there you have it.

But seriously, while there are some nice data structures under the hood, in terms of producing results, given how far LC has come and how much faster CPUs have gotten over the 25 years since Apple co-funded SK8, anything there worth bringing into the 21st century could very likely be done in LC.

The key is ROI, finding the parts of SK8 worth porting.

I'm not actually suggesting a port. And I enjoy software archaeology as much as the next person (I keep a couple old machines around just for that).

I'm just offering a vision of older systems like SK8 that may be of interest to passersby in the future, that where old gems are discovered that may have parts worth bringing into the future, LC is often up to the task. Well, LC and a bit of elbow grease.

One of those "when I get time" projects is to port the original SimCity code to LC. It's open source now, and would be a fun exercise.
Richard Gaskin
LiveCode development, training, and consulting services: Fourth World Systems
LiveCode Group on Facebook
LiveCode Group on LinkedIn
Top

If memory serves, I think SK8 may also be open source these days. I have a repository of SK8 stuff somewhere in my archives from about a decade ago when I was tripping down memory lane. It's not a small collection, IIRC, so it may include source. I may get some time to poke through the archives and see what's there over the holidays (a good time for nostalgia), but maybe more efficient to try some web searches.

I'm just going to revive this two year old thread to say...
Yes SK8 source was released to the public at some point in the late 90s.
From my recent research into xTalks past and present my understanding is that, as mentioned, Sk8 was originally built with LISP, and was then altered to be more HyperTalk like, resulting in Sk8Script, and it was intended that it become a HyperCard killer as well as usuable scripting for system-wide automation and inter-app communication... My understanding is that SK8Script evolved into AppleScript, which as Kevin Calhoun stated is really LISP in disguise. Perhaps you could think of AppleScript + AppleScriptObjC as SK8's offspring? I've never personally tried it (but I intend to soon). It was never released publicly as a product, but apparently it was used quite a bit internally at Apple.

One thing this line of xTalk-like-LISPs had/have that xTalk doesn't is the ' apostrophe symbol, which is used as sort of an inheritance/ownership operator I guess, for a completely made up example (IIRC, probably not, but I'm pretty sure I used similar AppleScriptObjC code):

Lately I've been thinking a lot about the promise of Infinite LiveCode "Open Language". It was never quite a clear goal I think. I had imaged the ability to add some real significant changes, like apostrophe symbol, to the script language, beyond the widget controls / code libraries extensions that LiveCode Builder (which is an extensible language, but a seperate one) came to be. I guess that was a lofty dream.
My LCB Repos: https://github.com/PaulMcClernan/
My LiveCode YouTube Videos: PlayList
Top

Whoa now! I got my own thread on the live code board! I guess it lives on somehow.

To the poster above, Serf had the apostrophe s operator. It also had my, which just meant this’s. I can’t remember if I allowed you to write it’s as its to be grammatical. I probably agonized about which grammar’s rule to break.

Yup: welcome back Dan, and it would be "jolly nice" if you could post the last release of SERF somewhere
somewhat more accessible.

To the poster above, Serf had the apostrophe s operator. It also had my, which just meant this’s. I can’t remember if I allowed you to write it’s as its to be grammatical. I probably agonized about which grammar’s rule to break.

Hah! Speak of the devil, cool!

I've sort of touched on a similar agony trying to define property names related to music theory that apparently aren't all that set in stone, then I realized I could use aliases (for example accidentalKeys AND blackKeys to refer to the same property). Didn't want people to think that I don't know music theory (still learning after decades of playing).

So you came up with the 's before AppleScript? I don't remember if AppleScript of the 1990s had the 's before they came out with AppleScriptObjC.
My LCB Repos: https://github.com/PaulMcClernan/
My LiveCode YouTube Videos: PlayList
Top
Post Reply
27 posts