We are pleased to announce the release of LiveCode 9.6.1 STABLE.


For the full list of all fixes, updates and enhancements please see the release notes:
http://downloads.livecode.com/livecode/ ... -9_6_1.pdf


Known issues
============
- The Browser widget's native layer is not shown in some Linux distros with Cinnamon window manager.
- The use of the Browser widget is not supported on Ubuntu 18.04 64 bit LTS yet.


Required Software
=================
To build iOS apps with LiveCode you must have the appropriate versions of Xcode as follows:

There is a full list of working LiveCode/macOS/Xcode combinations here:
https://livecode.com/docs/9-5-0/faq/faq/

Note: Whilst we endeavour to release updated versions of LiveCode supporting the latest Xcode/iOS SDKs as quickly as possible; we strongly recommend disabling automatic update of Xcode or downloading the specific version of Xcode required directly from the Apple developer portal and installing it separately.

Important: Since the end of June 2020, Apple has only been accepting apps built using iOS13 SDKs. This means that, if you wish to submit apps to the AppStore you will have to be running at least macOS 10.14 in order to be able to install the necessary version of Xcode.


Feedback
========
Please report any bugs encountered on our quality center at http://quality.livecode.com/

We have a forum available for discussing LiveCode Builder at viewforum.php?f=93


Have fun!
The LiveCode Team
--
Top 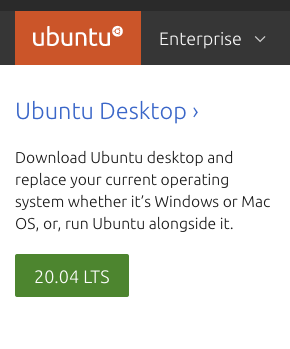 FourthWorld wrote: ↑
Wed Aug 19, 2020 7:01 pm
Richmond, have you missed the extensive discussion on this from Mark Waddingham?

I think I caught the start of it and then got distracted.
Top

Just tried to upgrade (from Community 9.5.0) but download does not work (after a l_o_n_g time seemingly downloading, according to progress bar.

Got the msg in the snapshot.

Anyone have this problem or is it just me. (Again!) 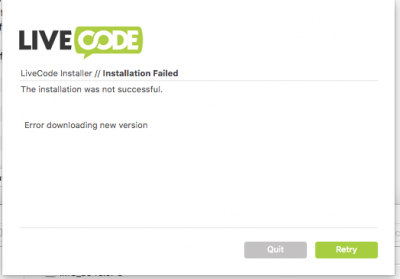 The automatic download also seems to fail for me as well. I always go directly to the source and do it manually.

Since I have several machines, the manual process means that I only have to download once and then can share the file around.