Teaching software development? Using LiveCode to build your curriculum? This is the forum for you.

This is a follow up to a tangential discussion as to whether a Scratch-like interface can be "bolted on" to LiveCode, and
refers to something I knocked together 7 years ago but no-one took much notice of at the time:
-

Obviously that is a very limited Demo I knocked together in about 4 hours, but, if it
were felt that such a front-end would boost both LiveCode uptake and sales I can see no
reason why that, or something similar (maybe using 'standard' block coding symbols rather
than my home-made what-d'ye-callits) could not be developed fully.
Top

That 'Best Practices' page is very useful, although I would warn against making a Scratch-like front end to LiveCode
that ended up resembling Scratch & Co so closely there would be no perceived advantage to using the LiveCode front-ned
when one could just use Scratch,
Top

I have posted, over the last 2 years, several things on the ENTRY forums re English instructions,
and the ENTRY people have seemingly responded by removing both English and Vietnamese from both their
website and Entry itself: so, obviously, it is NOT only the supposedly "White, privileged males" who are
racist.

Having, over a 30 year period having ONLY had negative interactions with Korean people (including being attacked in
St Andrews by a Korean student because his wife was teaching my children violin and my Bulgarian mother-in-law was
looking after their baby), this does not surprise me in the slightest.

And having been told I was "nothing but 'meat'" while working in a bar in Somerset, England, by a Korean delegate to
the Raytheon defence factory round the corner.

richmond62 wrote: ↑
Thu Sep 30, 2021 10:46 am
That 'Best Practices' page is very useful, although I would warn against making a Scratch-like front end to LiveCode
that ended up resembling Scratch & Co so closely there would be no perceived advantage to using the LiveCode front-ned
when one could just use Scratch,

That is just the surface stuff.
Personally I find this too childish - I would much prefer the interface style used in Automator on Mac… 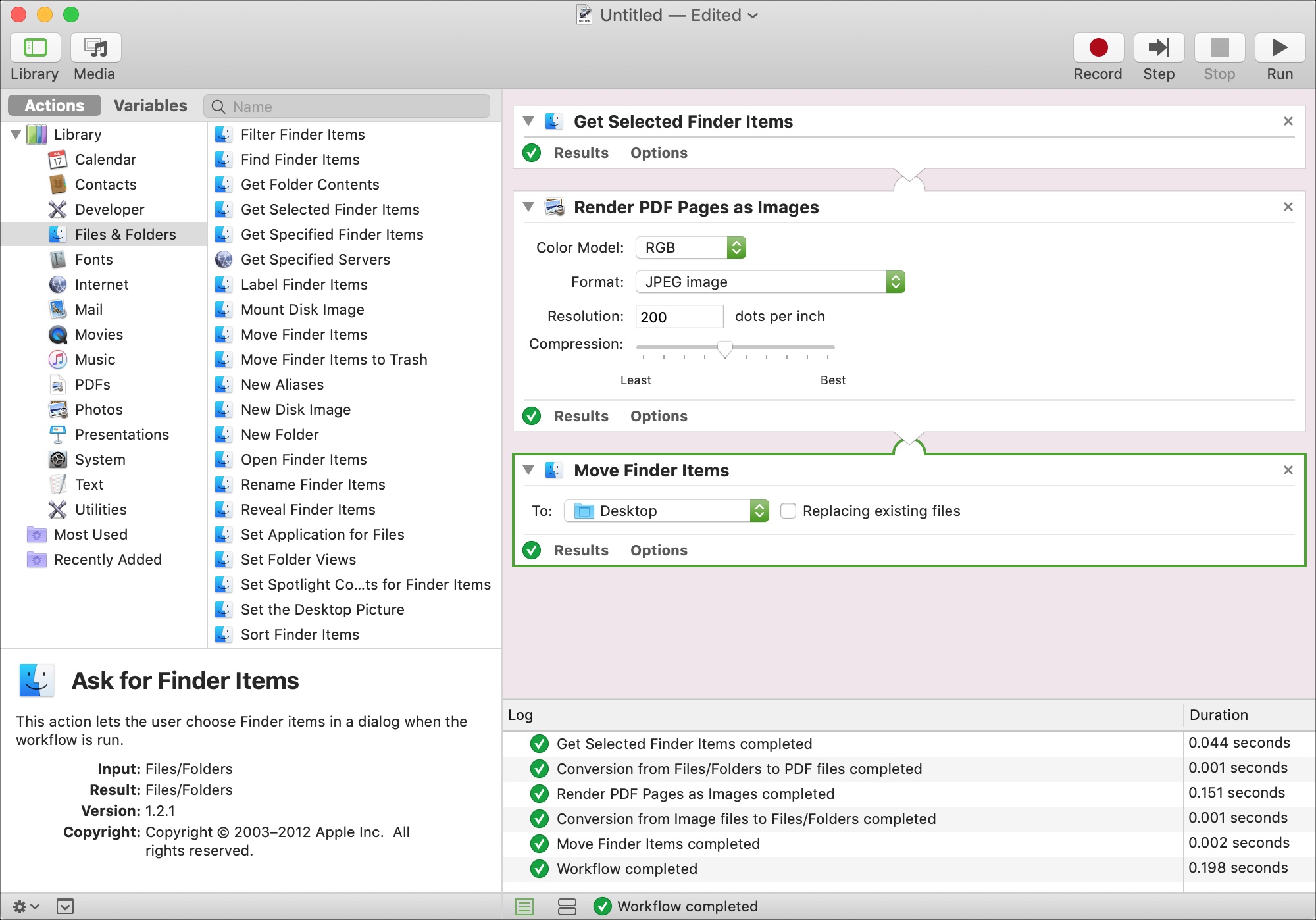 Personally I find this too childish

You probably do, but we are aiming at CHILDREN.

there would be no perceived advantage to using the LiveCode front-ned
when one could just use Scratch,

A scratch like GUI would be stand alone product, or admin controlled front end, one that could obscure all the professional front end stuff from the end user. It would be implemented for making limited but entertaining and educational demonstrations of programming. At best one could spit out a stack to open in the normal front end, all code and UI elements ready for advanced programmming and building stand alones. God knows you don't want sixth graders littering your school computers with Scratch-y EXE binaries.

Also , "Go from Gaga GooGoo Gimmicky GUI Interface to Glorious Professional UI Applications in X Easy Lessons" might be a way to sell Livecode. Oviously the nearly exact Scratch looking UI is being used by dozens of companies. Being able to step up from what the tens of thousands of users of those programs have started learning and going on to make full blown GUI based apps would be a definite advantage over "Oh wow, now I have Javaascript,python,Lua spit out by a onlne block based app but the code that runs...where?..Have to go figure out some other product to actually make it do someting outside my learning enviroment!..."

Writing code from absolute scratch can be daunting, being able to drag and drop a basic framework of an idea is a nice kickstart. Not triggering attention defecit disorder/zombie mode dopamine addiction by having to open a web browser to google examples on different websites is a plus.

I don't know how many example stacks I've downloaded, opened and just kind of fell asleep scrolling through the code...and then I just closed it all up and forgot about it. It's like I want a snack and someone hands me the recipe instead of a tin of assorted treats. There's no eye candy, there's no incentive to experiment.

Of course these Scratch projects become visual vomit because they can't be switched between code and the blocks easily.
There comes a point where you want to find/replace in a text file (or in the block gui), or just type the idea you have quickly when you know exactly how the next action flows instead of click dragging through all the assorted visual elements.

I see a need for a "Show Only Comments" or "Collapse Block Group" disclosure arrow functions to turn the block soup into a neatly organized cupboard of canned function descriptions. We had "Macro" buttons that hid convoluted scripting actions in apps three decades ago. There is also no "Show message paths" option to identify when one script sends a message to another, ie, a nice line or icon to toggle. You have to scroll around your whole screen full of blocks looking for the one that says "When I receive message x"
Top

The GUI is grouped as "ProductionGroup" and can be ungrouped and most of it can discarded once you've imported your block images, just keep the types field ..."FilteredControls" field, and "DragScript" & "Clear Scratches" button for a functional Scratch-like development foundation.

Oh be patient with the shorten names button, it takes a bit, if you click too many times you'll end up with too short names or no names at all!

Should have done this years ago...
Top 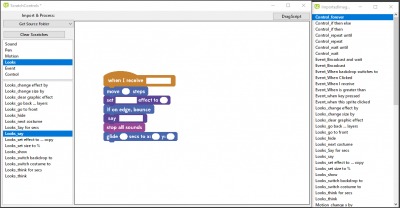 An improved version, one little menu, more room to play
"ProductionGroup" is just the menu and it's label.

Return to “Teaching with LiveCode”