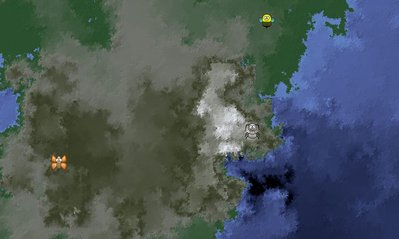 Controlling a deep-seated urge to smash their teacher at the Maths school in the "mush"
(he teaches these kids C++ and Visual BASIC and says that Linux and Macintosh are
"also rans" compared with Windows), I told them I'd produce a proof-of-concept this
weekend (and a very dirty weekend it has been, too: mainly because
Karen Armstrong's "A History of God" is far, far more interesting than moving
silly icons round a screen).

Each silly icons contains this script:

and the script of the backGroundImage is this:

Rocket science it ain't: but it is a good 15 minutes work.