richmond62 wrote:If you look back at my posting you should see that the "You Only" option was the first one I tried.

Thanks. My bad. I do a lot of volunteer support work across the Web so now and then I miss some details.

Given that the error notes a slave process but installing in the user's home folder should never need the elevated permissions of the slave, it does seem like a bug.

But since ReactOS is an unusual beast that may not even exist much longer, it's your call if you feel it's worth your time and the team's to file a big report unlikely to become actionable.

ReactOS is a "System coming already gone" as far as I'm concerned: and if a 'President of a big country' wants to
run it on his laptop that's fine by me: it will give those of us in the anti camp a distinct advantage.

And I tried the latest LiveCode builds on ReactOS ONLY because having tried out earlier builds on an earlier version
of ReactOC I felt I had to have-a-go now that 0.4.0 is available . . .

But that is, as far as I can tell, the end of my "romance" with LiveCode on ReactOS, and I would only recommend
anyone to touch ReactOS if they depend on a mission-critical Windows 95,98, ME program that they cannot run elsewhere.
Top

richmond62 wrote:...I would only recommend anyone to touch ReactOS if they depend on a mission-critical Windows 95,98, ME program that they cannot run elsewhere.

Given that later versions of Windows are a superset of features and the only distinguishing aspects of Win95/98 are bugs and security holes, any app dependent on those versions that won't run under a supported version does so because it's dependent on bugs.

Anything truly mission-critical should be updated to run under a supported OS version.

I know you know this, but I have one client who works for a very large institution with such dependencies on obsolete and unsafe OS versions. Strange how common it is, given that hardly a day goes by without another news story of a major exploit occurring because someone tried to ignore Microsoft's repeated and increasingly-dire warnings to stop using unsupported versions of Windows.
Richard Gaskin
Community volunteer LiveCode Community Liaison
LiveCode development, training, and consulting services: Fourth World Systems: http://FourthWorld.com
LiveCode User Group on Facebook : http://FaceBook.com/groups/LiveCodeUsers/
Top

The tax offices in Bulgaria run on DOS.
Top

If Microsoft were a little bit more careful with how they put their OSes together . . .

Anyone who really relies on outdated software for Windows can either run Windows XP on Windows 7/8/10 with VMware player
or under WINE on a Linux distro.

When I'm not using my G5 PPC Macintosh I use the Windows version of AppleWorks 6 under WINE.

AND, as I pointed out elsewhere; anybody wanting to run the Windows builds of LiveCode versions without either paying for Windows
or pirating it can do so perfectly well with WINE on Linux.

This is beginning to feel like a marriage to Bertha Rochester . . . pace Jane Eyre. 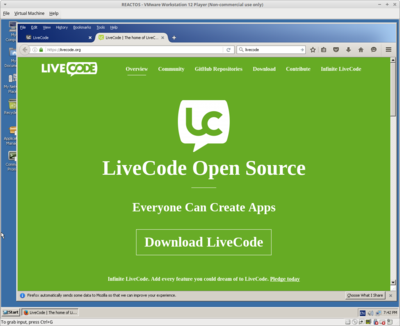 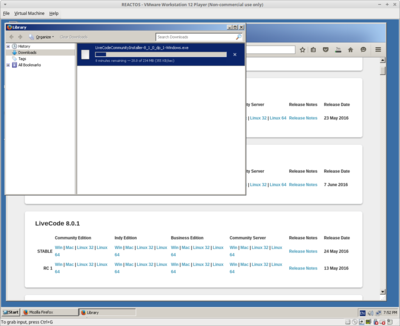 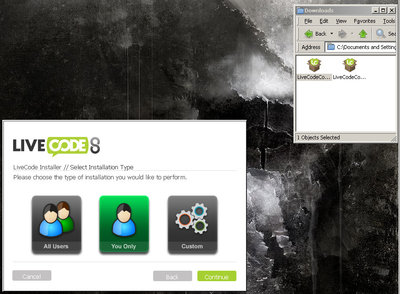 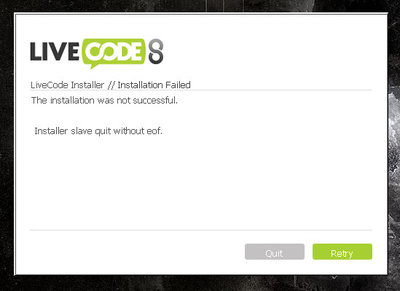 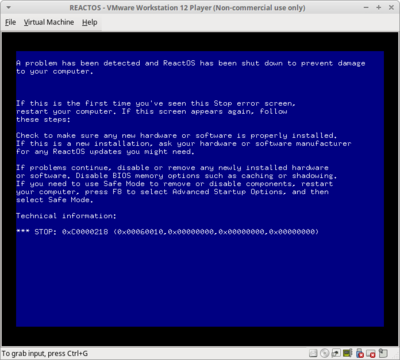 This made me laugh . . . vicariously. 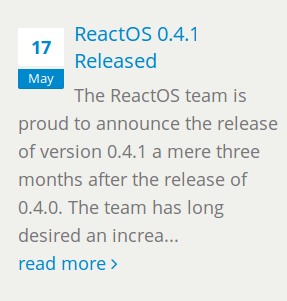 I can't think of two more different OSes - what are they both racing toward?

Tut, tut, tut: not that good at spotting the odd ironic comment methinks.

These two systems are competing for the school slow-bicycle race cup.

Well, here we are again; another version of ReactOS (0.4.2), but as I am thoroughly fed up with VMware
I'm running this version inside KVM with Virtual Machine Manager as a front-end.

Installing ReactOS and all the rest took about 5 minutes: unlike the 90 it took using VMware! 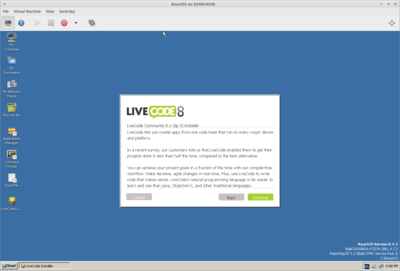 I don't understand why it says "QEMU": I have QEMU installed (Xubuntu 16.04 64-bit), but this is being
accessed through VMM: https://virt-manager.org/

This is the installer for LC 8.1.0 DP 3 (I'm NOT holding my breath), the "You only" option.
Fairly slow considering that I have allotted ReactOS 2 GB of RAM. 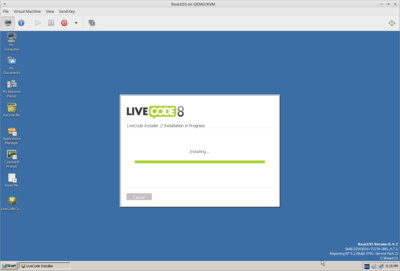 This seems totally mental as it is now stating "Removing installed files" and going backwards: 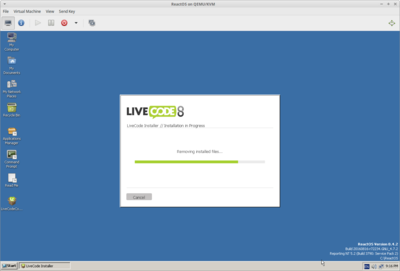 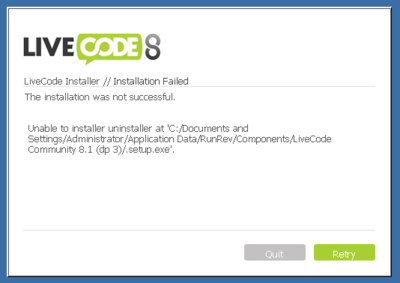 Unclear why this is.

Also that does "Unable to installer uninstaller" mean?

Certainly ReactOS is a "load of old bollo"; but it
is quite interesting in that Windows versions of LC NOT installing
throw odd messages that one might not see either.

that's common practice of the Win-Installer if you don't start it as admin. It installs first, then says some nonsense, then de-installs again.

Fun with LC ;-)
Livecode programming until the cat hits the fan ...
Top

if you don't start it as admin

That's worth knowing, thanks!

However, with ReactOS (which is really a load of old rubbish, frankly) how one gets to install as Admin
is anyone's guess.

The ONLY reason I tried this is that I undertook to try Livecode on ReactOS a few years ago and am very, very bad at breaking promises.

ReactOS is a bit like Mount Everest: a hard climb and the air is so thin at the top one cannot breath.
Top
Post Reply
57 posts