I’ve included menu shortcuts in an application so users need not resort to using the mouse/trackpad to click the corresponding radio buttons. As a Mac user, I chose what seemed sensible choices — which worked just fine — and the LC Menu Builder dutifully remapped these to the corresponding modifier keys when I built the Windows standalone.

When several of these did not work when I tried running the app in virtualization via Parallels, I figured that it was just a quirk. However, the only person I know who uses Windows confirmed that this was an actual problem.

I understand that ignorance of Windows conventions is no excuse, but can anyone suggest a straightforward source of shortcuts that must be avoided?

For example, I have a set of radio buttons that correspond to the keys of the musical scale — C C# D D# ... A — that are represented also as items with menu shortcuts in a menu designated “Tonics”.

On a Mac, I used Option+C for “C” and Control+Option+C for “C#” , etc. (adding the Control key sensibly specified that the item is sharped).

LC converted these in the Windows menu to Alt+C and Ctrl+Alt+C. The latter works, but the former does not -- presumably because the former is already reserved by the Windows OS.

I prefer to avoid having users practice digital gymnastics — digital here referring to fingers and not to numbers — to trigger shortcuts. That defeats the purpose of making this more user-friendly. (Long-time Mac users may recall the nearly impossible feat of resetting the PRAM via the keyboard.)

and Windows has the Logo key

and some Linux distros have the Super key (which is so super I haven't worked
out if that means the one with the Windows Logo).

Personally, to avoid any cross-platform headaches, I avoid anything to do with
either Control or Command, and tend to use the Alt modifier key a lot.

Mind you, if you really want to be sure:

Or, run Windows (you can set the trial version up in a virtual machine) and spend a tedious day writing down all the key-combos.

In fact, being a cross platform chap myself (Linux and Macintosh) all my Macintoshes are
set so the Command and Control are reversed so I don't have to go bonkers remembering
(or reminding children I teach) that on Macintosh the Command key functions like the
Control key on Windows and Linux.
- 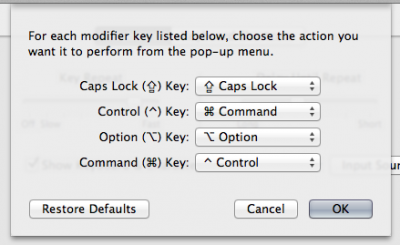 Thanks much for your reply, Richmond.

The webpage of Windows key commands you identified is easier to read and research than others I’ve found. I expected to find in that list the problem combinations, but no such luck.

About six years ago another valued contributor to the forums wrote


The menuBuilder seems like a great tool, and it is. But it also is haunted.

When Shortcut is checked and a + [key] is entered, checking “Cmd” inserts the cloverleaf Command symbol in a Mac menu and “Ctrl+” in the corresponding Windows menu. Makes sense.

When “Ctrl” is checked, it inserts the Control symbol on a Mac, and “Ctrl+” in the Windows menu. Okay.

When “Alt” is checked, it inserts the Option symbol on a Mac, and “Alt+” in the Windows menu.

Whereas (for example) “Ctrl+Option+[key]” on the Mac and the corresponding “Ctrl+Alt+[key]” in Windows do both work, the Mac “Option+[key]” works whereas the Windows “Alt+[key]” does not. (I may use the Shift key in place of one or the other, inasmuch as -- for those familiar with a piano keyboard -- the sharped keys appear raised relative to the white keys.)

Unless a smarter LiveCoder can suggest an alternative, I suppose that I must edit the shortcuts in Menu Builder using different combinations, then build and test the standalones in macOS and in Windows 10 (via Parallels) to know for sure which work.

Shift is the same everywhere.

The Windows key doesn't exist on Apple keyboards at all. 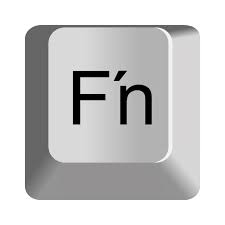 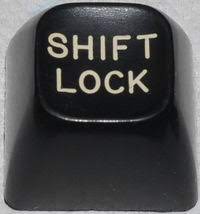 Your posts are always interesting, and typically -- as most folks on these forums would admit -- often both entertaining and frequently provocative.

But -- sorry -- your last reply was simply a useless and unhelpful distraction from your previous helpful comments. I was disappointed.

Sorry. early morning before the coffee had worked its way through my system.
Top

This is for Macintosh

"When invoked, it will present a floating bevel which contains all the keyboard shortcuts
available in the currently active application, along with their descriptions, ordered in
he way the can be found within the menus themselves."

This is for Windows:

and this is endlessly tedious:

There is more documentation in the User Guide. The menu builder is just a GUI for what you can do manually.
Jacqueline Landman Gay | jacque at hyperactivesw dot com
HyperActive Software | http://www.hyperactivesw.com
Top

There is more documentation in the User Guide. The menu builder is just a GUI for what you can do manually.

You may be right, of course, but even in the LC 9.x User Guides this shortcut feature seems to be skipped over.
Top

Thanks again to everyone who has posted such helpful replies.

No doubt you've all been there at one time or another, but I'm feeling pretty worn out at the moment, juggling the Win/Mac shortcut issue with this music app, along with a second app that's failing on account of a buggy third-party extension (not my fault) and a third (which worked fine in LC 8 but breaks in LC 9) that forum members are currently helping me to grapple with here in another forum.

At least this one seemed simple enough to resolve by breaking Apple's UI guidelines. Because this app does not employ any editing of files, I've resorted to -- for example -- using Cmd-C to select a musical chord in C and Shift-Command-C to select the chord in C#. These are rendered as Control-C and Shift-Control-C in Windows10 and seem to work fine (at least when run in emulation on a Mac via Parallels).

I've yet to find out whether this passes Apple's "smell test" when signing and notarizing an app for distribution outside the App Store. And of course this is of no help to LC programmers who do need the conventional shortcuts in the Edit menu. But as long as it works....

Apple doesn't review apps when they are signed and notarized for outside distribution, it's strictly a verification of identity done by a bot. So no worries there.
Jacqueline Landman Gay | jacque at hyperactivesw dot com
HyperActive Software | http://www.hyperactivesw.com
Top

It's kind of buried in a paragraph about using the Menu Builder:

To create a control key shortcut for the item, click the Shortcut check box and enter the letter you want to use for the shortcut. To understand the symbols that are created next to the menu items, see the section on Menu Bars within the chapter on Programming a User Interface.

I've found it handy when I can't remember the designated symbols for various control keys. It fills them in for you.
Jacqueline Landman Gay | jacque at hyperactivesw dot com
HyperActive Software | http://www.hyperactivesw.com
Top

Thanks much for the reassurance that I won't run into a "gotcha" regarding menu items when signing/notarizing an app for distribution outside the App Store.

As regards Menu Builder, the Shortcut checkbox options -- Ctrl Cmd Shift Alt -- and their description in the Manual just seem a bit cryptic. So I really knew not what to expect until I built the Mac and Windows standones to see how the respective menus were displayed.

For example, the "Cmd" checkbox yields the expected "cloverleaf" Command icon in a Mac menu, yet substitutes "Ctrl+" in Windows -- despite the fact that there is a separate "Ctrl" checkbox. The "Ctrl" checkbox does *also* insert "Ctrl+" into a Windows menu -- which seems redundant -- while inserting the Control symbol into a Mac menu.

The only unambiguous checkbox option is "Shift".

I assume that the LC folks had some rationale for this checkbox design, so perhaps I am the only one to have found this confusing.

I assume that the LC folks had some rationale for this checkbox design, so perhaps I am the only one to have found this confusing.

Actually it was implemented in MetaCard originally so it's been that way for, what, 20 years? The Command key on Mac and Control key on Windows are functionally the same, so Cmd maps to Control on Windows. Windows doesn't have a parallel key for Mac's Control key exactly so those two map the same. Option (Mac) and Alt (Windows) are mapped to each other. This provides cross-platform compatibility without needing to branch code by platform.

There's a note in the dictionary in the "menu" entry:

As Windows and Linux do not have the 'Command' modifier, on those platforms 'Command' is an synonym for 'Control'. To ensure cross-platform uniformity it is important that you use 'Command' in preference to 'Control' since 'Control' on Mac OS X is a less frequently used modifier.

This setup has been the same forever, but a while back an addition was made to add a tag to the menu item string. This allows you to display a menu item in a different language while still receiving the same parameter in a menupick handler.
Jacqueline Landman Gay | jacque at hyperactivesw dot com
HyperActive Software | http://www.hyperactivesw.com
Top
Post Reply
16 posts