Share tips, tools, and other resources for helping educators bring LiveCode into the classroom

Monte started an interesting discussion on the mailing list that seemed a good candidate for furthering here where conversations are less ephemeral:
http://lists.runrev.com/pipermail/use-l ... 21358.html

With learning LiveCode, today we have almost the opposite problem of many years ago, in which rather than having too few learning resources we have a great many of them, and they're currently in many different locations (Dictionary, User Guide, Lessons, etc.). The team is migrating most of those so they'll eventually be accessible from a single location, but it still leaves us with one issue: those resources are designed for adult learners.

I'm thinking an easy to use, kid friendly area might be best. Perhaps a "Livecode for Kids" page on Facebook. I could get it up and running this week.

maxs wrote:Perhaps a "Livecode for Kids" page on Facebook. I could get it up and running this week.

Check out "Livecode for Students" on Facebook. All Livecode users, please leave a short message on this facebook page to help get the ball rolling.
Top

One thing that has come up in conversations about learning LiveCode is that value of templates and other pre-scripted objects.

If you are planning to use Capitalism 2 as a teaching tool or already have experiences using it for teaching, you are welcomed to post here and share your experiences and thoughts with us.

mrCharlesDef wrote: ↑
Tue Nov 16, 2021 4:37 am
If you are planning to use Capitalism 2 as a teaching tool or already have experiences using it for teaching, you are welcomed to post here and share your experiences and thoughts with us.

There are plenty of resources around "for kids", and they fall into 2 categories:

1. Ones for kids to "fool around with" by themselves.

2. Ones that can be integrated into a series of structured classes taught at school.

If there were a bit more concentration on #2, and getting more teacher uptake, #1 would come
into play as children 'turned on' by #2 would become more interested in #1.
Top

Did you get the email about this?

Will chew my way through it in due course.

I does look exciting, even if the video would be insufficient for me to pay
$99 a month.

Although I want to get on with my 'Python thing'.
Top

For Christmas, one of my grandchildren requested a subscription to BitsBox to learn to code. I looked at it and it looks like fun. I enjoyed playing with it. It is based on Javascript and is extremely easy to get started and it has loads of creativity built into it. Looking at it gave me ideas for LiveCode.

Here are some ideas to promote LiveCode for children ages 6-13 and even above. This is an excellent study in how to get someone coding easily and enjoyably.

Check out the videos at bitsbox.com/start then go to bitsbox.com/code to try it out. Go through the entire tutorial and look at the library of materials they provide. I can see even adults playing around with it. After you create your app, you can share it with anyone and they can run it on their cell phone, iPad or computer.

It is free to code and create an account. What you pay for are the apps or templates to use. You can save money by getting them in pdf form. Scroll down this page https://bitsbox.com to see some of the apps they have to do

Anyway, the reason I bring this up is that it gives me ideas to help LiveCode.

1. We need an easy way for people to try LiveCode and see what it can do.
- Some type of simple project to show how easy it is like their getting started that. Hold their hand and lead them to a successful ending.
- Maybe something along the lines of an "Hour of Code" project. See here https://bitsbox.com/pdf/Bitsbox_HOC2018 ... ack_01.pdf to actually build something fun and learn along the way

2. Next It would be nice to have a page of sample apps that can easily be created by anyone - with starter code that the students could modify, decorate, and extend. (for the ages 6-13 of course). Show them what can be done using LiveCode

3. It would be nice to have a library of materials like they had for stamps, fills, colors, sounds, songs etc. LiveCode has a nice assortment of image fills for backgrounds of buttons that my students had fun with at the beginning. We could have more materials to support those getting started with LiveCode

i did get them a subscription as I realized how much would have been involved getting them started with LiveCode.

a better starter language than Scratch and a nice prelude to LiveCode.

I would hesitate to describe Scratch as a programming language at all:

I would tend to describe it as blocks you can put into
different orders to program on-screen objects.

And I would hesitate to describe LiveCode as a programming language "pure and simple"
(or, possibly, "pure and horribly complicated"):

I would tend to describe it as a collection of programmable objects that
you can get to work together to achieve things.

Certainly LiveCode seems nearer to the types of language I grew up with (BASIC & so on)
than to Scratch.

Progressing (not entirely sure if that is the right word as it implies C# and so on are somehow 'higher'
languages than LiveCode, which, snobby C# programmers aside, I do not agree with) from LiveCode to
Java, Python and C# is considerably easier than trying to do that from Scratch-like things.

I would argue that there is no need for something intermediate between Scratch and LiveCode,

But there is a lack of a certain types of material/online classes that can help preteens get on
the bandwagon; and this gap needs to be plugged if there is to be any hope of some sort of uptake
by children.

I spend an awful lot of time in CALL development (Computer Assisted Language Learning), and,
due to that spend quite a lot of time thinking about interface design.

Having developed CALL programs at the U.A.E. University in Al Ain in the late 1990s for students in there late
teens and early 20s, I then turned my attention from 2003 onwards to CALL for preteens for the very simple
reason that the programs on the CD in the back of every ESL textbook turned out to be extremely badly
designed in a number of ways:

1. They contain instructions on each screen that, if the user (i.e. small child) could read them they would
not need to learn English at all; and it is extremely foolish to believe that Mummy and Daddy have any English
at all.

2. The screens are horribly cluttered with artifacts so that the user has no way of working out for themselves
(as they cannot read the instructions) what they are meant to do.

3. The content is tangential, at best, to the grammar and vocabulary those children are meant to be learning.

4. ALL the CDs that come with ESL textbooks that I have seen seem to have been made by people who either:

4.1. Are programmers, who are not ESL teachers, working from some vague set of instructions written down by
the authors of those textbooks.

4.2. Feel it is their duty to provide "something" to shove in the back of an ESL textbook.

It is obvious that the vast majority of ESL textbooks have been written by "ESL experts" who have little
or no actual experience of ESL teaching.

Of course an awful lot of this is redundant as something like 90% of the children I teach have laptops without CD/DVD drives,
and normally spend the first day of a new textbook running the sound files off the supplied CD onto Flash drives for
those children.

As Ruth Colvin Clarke pointed out in about 1992: interfaces should be minimalistic, uncluttered, and largely self explanatory.
- 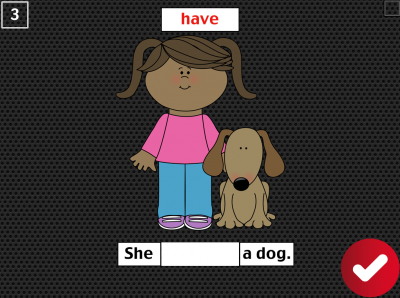 Well, that "side trip" was not there so I could swank about my CALL design; it was there because it says something
about setting up programmes (whether self-study or teacher-directed) for preteens.

As far as I am concerned, the ONLY way to work out a credible programme is to develop it in a computer lab with
a set of preteens, and be prepared to admit failure and so on, and be ready to adapt and modify like there's
no tomorrow.

My first attempt at teaching LiveCode to children (about 8 years ago) was, largely, a load of rubbish for the first week
as I had written down a programmatic set of lesson plans which collapsed at the first hurdle, but it took me another 4 days
until my ego caved in.

Subsequently, each year, I have written a "shopping list" of what I want to cover in the 4 weeks of intensive stuff,
and generally that works out, but different groups work through different bits at quite different speeds.
Last edited by richmond62 on Sun Dec 12, 2021 5:50 pm, edited 2 times in total.
Top

As its title is: "SHOULD MY CHILD LEARN TO CODE WITH SCRATCH OR PYTHON?"

Which does every parent a disservice by implying that there are no alternatives to either of those.

HOWEVER, what it does say is this:

"However, the Scratch coding language is not a “professional” programming language. It was designed for kids.
It has no practical purpose in the world other than giving kids early exposure to computer science."

"It is funny to me that Java is the language of choice in most high school computer science classes
because Python has much less challenging syntax than Java in my experience."

To which I would say:

"It is funny to me that Java is the language of choice in most high school computer science classes
because LiveCode has much less challenging syntax than Java in my experience."

Children "who have a strong grasp on logic and typing can typically complete a simple project quickly."

Even more so for LiveCode.

AND, whatever some people may tell you, LiveCode is a professional programming lnguage.
Top
Post Reply
21 posts