Today I received yet another email offer to add two more years to my Indy subscription for the price of one. I've already extended my subscription past 2020, which -- given my age -- may already outlast me.

Back in the early 1990s I adopted the Prograph IDE -- from a company out of Nova Scotia -- to develop a couple of applications. When it suddenly went under a few years later, so did my ability to support those apps. Still, five or six years ago I decided to take a chance on LiveCode to develop a few new apps.

I don't mean to be pessimistic, but as the old saying goes, "Once burned, twice shy." I've read complaints posted elsewhere regarding not having received the swag promised from a previous promotion -- which I'd kindly attribute to a shortage due to the unexpectedly great success of that promotion.

Still, it's very unsettling that the LiveCode folks are repeatedly seeking discounted subscription updates in order to fund its development. Although obviously investing even more in future subscriptions is an issue, my main concern is this: If a cash-strapped LiveCode organization goes out of business, I will no longer be able to support users who purchase my apps with the expectation that these remain under development. I cannot in good conscience orphan users who've paid for my apps.

What reassurance do we have that LiveCode will remain viable for at least the next several years?

Interesting post on a lot of levels. BTW, if you want to take a trip down memory lane, the Marten IDE picks up where Prograph left off, at least on Macs

Thinking that your subscription which ends past 2020 might outlast you is depressing, I certainly hope you stick around more than 2 years.

Any of the IDEs you have pre Lc 8 I believe are perpetual licenses (anyone know the cutoff for sure?) so, if your need is proprietary code related, you can certainly keep right on going in those releases. If you have to absolutely have feature x of the latest release, and let us assume the worst case scenario, the company goes toes up, you could always switch it over to the OSS version of the IDE and keep right on coding until you ... um...well, stop coding, I guess.

As for "reassurances", what kind of guarantee would you like to have? Sears, probably one of the longest running retailers around, is filing chapter 11 and closing up shop. I am pretty sure that 5 years ago, not many thought it would happen (or maybe they did). They are taking Kmart out too, since for all intents and purposes, they are a single merged entity now.

Any of the IDEs you have pre Lc 8 I believe are perpetual licenses (anyone know the cutoff for sure?)

If I remember correctly, they switched to the yearly subscription model right around the same time (shortly after?) they went open source, which I think was the 6.x.x series
Top

Oh? Huh, I thought the cutoff was at least in the 7.x series, not the 5.x group (6.0.1 was I think the first OSS IDE). Good to know! Thanks ClipArtGuy

Yep, LC 6.0 was the first OSS version. We have some sort of history/timeline here:
https://downloads.livecode.com/livecode/

One would like to think that if LiveCode, the company, went bust, they would be able to pass on the thing to some other developers.

As has been pointed out above; the Open Source version should go on functioning exactly as it does right now.

A useful parallel is the situation regarding HyperCard: as long as one owns HyperCard one can continue
programming with it.

The main problem is how long it will be for Operating systems to emerge on which LiveCode and
LiveCode standalones can no longer function.
Last edited by richmond62 on Wed Oct 17, 2018 4:01 pm, edited 1 time in total.
Top

What I do NOT understand is why, LiveCode being so comparatively easy to learn,
such a good language for teaching, and so on, why it just does not seem to be
gaining any traction in the educational sector.

Of course part of the problem could be LiveCode's website giving out odd information:
- 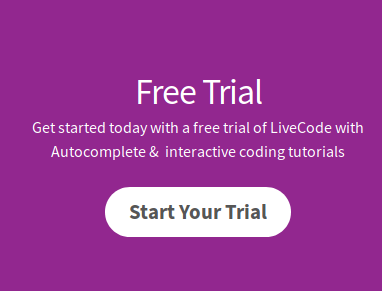 Presumably this is a Free Trial of Open Source Software that is Free anyway?
- 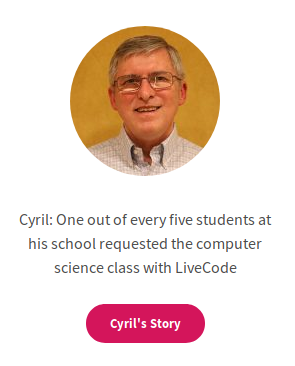 -
"one out of five students"

That sort of bogus stat. type claim normally acts as a turn-off.

1. A person who reads this will fill in the gaps that about
80% of the kids wanted C++, C# or something else.

2. The ONLY reason that 20% of the kids wanted to do things with
LiveCode was because Cyril had shoved LiveCode at them as a choice.

The main problem is that 99% of school kids have never heard of LiveCode.

In 1981 the BBC set up a deal with a company to produce computers
with the BASIC programming language on them (I know, I own, and continue to
use 2 of them) coupled with a series of instructive TV programs to go along with them.

As a result during the 1980s something like 90% of school kids in Britain encountered
BASIC as their first programming language.
Top

No, the free trial is the complete proprietary version, which downgrades to the OSS version after the trial ends.

BTW, I doubt the company would be moving into a new and larger building if they were having financial difficulties. I fully expect the company outlive me.
Top

Another data point, FWIW: there are many hundreds of programming languages in use, each with its own unique attributes contributing to our world of options.

The TIOBE Index is one measure of language popularity, updated monthly showing the Top 100 languages in use.

I follow it from time to time, and many popular languages never appear there at all, or seldom.

In previous years, LiveCode would appear on that list from time to time, but not regularly. By way of comparison, Xojo is hardly ever on that list at all.

2018 is the first year LiveCode has been on that list as often as it has, every month but three this year so far. This places it in the same category of popularity with ActionScript, Awk, CoffeeScript, Common Lisp, PostScript, PowerShell, SPSS, and others.

By itself, this can't predict the future. But as part of a long-term trend it is indeed quite promising.
Richard Gaskin
Community volunteer LiveCode Community Liaison
LiveCode development, training, and consulting services: Fourth World Systems: http://FourthWorld.com
LiveCode User Group on Facebook : http://FaceBook.com/groups/LiveCodeUsers/
Top

the free trial is the complete proprietary version

OK: but what advantages does that have for a teacher who is "only" teaching kids how to program?

It also seems bit disingenuous that, for education purposes, the Open Source version is not given
centre-stage.

Many schools and/or education authorities have limited budgets . . .

Now "just suppose" LiveCode were to point out that LiveCode is available at ZERO cost up-front,
and then organise a series of "country-house Summer schools" for programming teachers where
those teachers could get away for 2 weeks for an "all-in" bed, board and 6-8 hours a day hands-on
specifically aimed at teachers and (dare I say it) at targetting the requirements of exam curricula.
LiveCode could probably "turn a tidy buck" that way.
Top

I agree that the Open Source version is not featured prominently enough on the home page. The only mention I see is all the way at the bottom of the page. If you click the educators button on the main page, it brings to the educators section where the free trial is featured prominently at the top, while the fact that you can start using LiveCode immediately at no cost is further down the page and requires some scrolling.

I understand the company needs to keep a stream fresh income, but I think if they made it more clear that anyone can start experimenting with the OSS version today at no cost, they could probably convert some of those users to paying customers eventually. It takes some time to have that "aha moment" with LiveCode, especially coming from another language. If it was more clearly stated that there was a free open source version, perhaps more people would make it to that "aha moment", and see the value in the Commercial versions,

Either way though, I don't think LC will be disappearing any time soon. As Richard points out, the TIOBE index is a good indicator that the userbase is growing, so hopefully LC will be around for many years to come.
Top

I, too, don't think LiveCode will be disappearing in the short-term.

What I do see, unfortunately, is that it will remain at a lower rung on the popularity ladder
than I feel it should owing to lack of promotion.
Top

richmond62 wrote: ↑
Wed Oct 17, 2018 6:54 pm
It also seems bit disingenuous that, for education purposes, the Open Source version is not given
centre-stage.

"disingenuous" is just another word for "lying". How do they respond to you when you address them directly like that? What benefit do you imagine could come from such rude presumption?

As for the open source edition, visit the "LiveCode in Education" page at their site. While they do note the more feature-rich proprietary version, this is in the middle of the page: 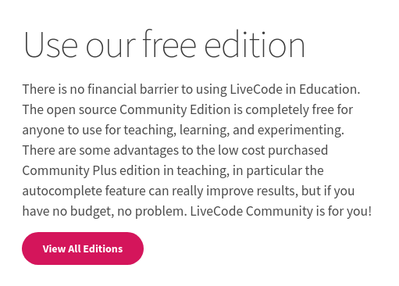