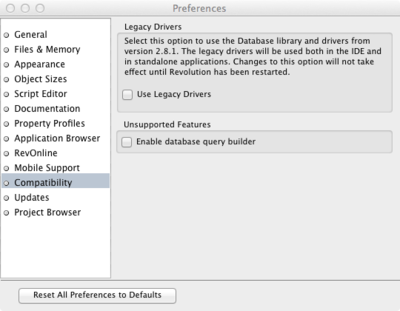 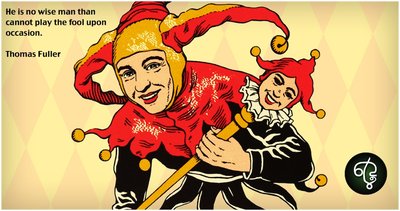 I actually liked the db query builder, but my understanding of how it worked is...limited at best

I seem to remember Richard posting once something about it's limitations and downsides, but don't seem to recall exactly what the actual problem with it was. The few times I used it, it seemed to work as expected

"until Revolution has been restarted"

Ah, I understand now: probably not working because I keep restarting LiveCode

bogs wrote: ↑
Mon Apr 02, 2018 7:16 pm
I seem to remember Richard posting once something about it's limitations and downsides, but don't seem to recall exactly what the actual problem with it was.

Could be, the ol memory isn't exactly one of my strongest tools anymore

I seem to remember it being said something like (referencing the old dbquery builder) "...it did one thing, it wasn't done very well and it wasn't easy to change, it attached it to the control itself.." something like that.

It has been said before, and will be again, MAN it sucks getting older

Even I feel like that about the GM. Someone somewhere must like it though, it keeps showing up in the PI

That Compatibility card is present in LiveCode 9.0
(admittedly someone removed the reference to Revolution)

I actually would like to make it better. I do think it works fine for simple things. I use it for most of the SvgIconTool (except for the grid of icons). It does need a good guide though (hmmm... did I just give myself some work?)
Brian Milby

Probably a *lot* of work. The problem with the GM the way I see it isn't with the idea, but with the execution. The idea itself has been around for ages, VB had it, Delphi had it, .Net has it, as well as others, and in those environments I never had a problem with it, it just seemed to work.

Lc's GM though, I dunno. It works fine if you have a simple layout that you never change, but the minute you start changing things, it seems to wonk out, and then you have to get rid of it on all the objects you had setup through it.

I also get some funky results with a slightly complicated layout. It also doesn't seem to work like the previously mentioned GMs, although I only used it long enough to determine I don't care for it. Others have had far more experience with it, and reading through some of the back posts on the use lists really gives you an insight to the general mind set about it, being generous it seems like anyone who had dealt with it tends to avoid it.

I've noticed that too about how it wonks out as soon as you change things a bit. I didn't think anything of it though. I thought it was supposed to work like that. Shows my newbie status lol.
Top

I’ve found that I need to save every time I adjust geometry stuff before resizing the stack. If it wiggs out, revert (may need to lock messages to open) and do “revcachegeometry true” on every card that is not acting right.
Brian Milby