Gnomes in the night

Yesterday, I was testing LiveCode on the IOS simulator. Today it doesn't work. I opened Xcode first. I opened my Xcode project which showed that I had done the configurations correctly.
I even opened the simulator. Then I opened LiveCode. The target was still greyed out and it won't test.

What happened...and how do I fix it? 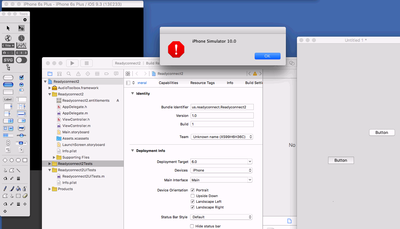 xcode shows that it has successfully created the settings 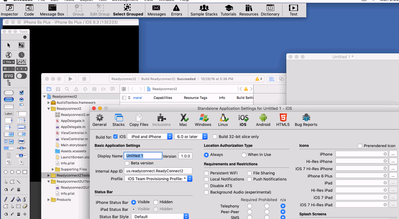 If we are back to dealing with LC alone maybe I can help.


The target was still greyed out and it won't test.

Is "the target" a greyed button or field? A menuItem?

@ cusingerBUSCw5N
Just a guess:
Did you install Xcode 8.1, or maybe it has been auto installed, and LC8.1.1 is not yet ready for that version?
Wouldn't be the first time...

so the solution was that I had not permanently installed LiveCode on the mac (I am new to Mac and tried to drag the application into the folder, rather than drag the application down into the image on the same button) Anyway. because of that, my LiveCode preference that I set yesterday, had disappeared. I had to go into LiveCode, Preferences, and Mobile Support and then re-connect it to the XCode files
Top
Post Reply
4 posts • Page 1 of 1