by sefrojones
I honestly have no opinion on this, It would be easy enough to remove remove RunRev from the title, but isn't "RunRev" the company name now?

by jacque
I'm okay with just "LiveCode". The original was "Runtime Revolution" which is what inspired the new version but I'm fine leaving it out.

I thought "RunRev" was the whole company name though, except for the Ltd part.

edit:On my screen the background looks pixelated, but Jacque says she's not experiencing that. I'm attempting to figure out how to use photoshop to fix this, but so far I'm not having too much luck. If there's a PS expert who'd like to help with this it would be awesome..

Sefro, does the original look pixelated when you open it in Photoshop, or only after it's been imported?

jacque wrote:
Sefro, does the original look pixelated when you open it in Photoshop, or only after it's been imported?

this is what the image looks like if I just open a new stack and import the image: 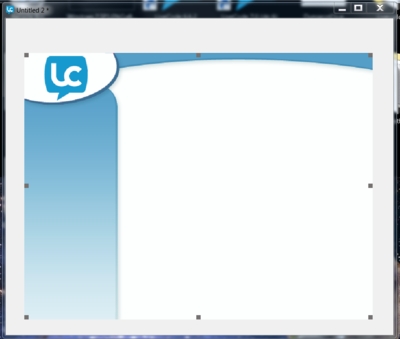 This is what it looks like in photoshop at 100% 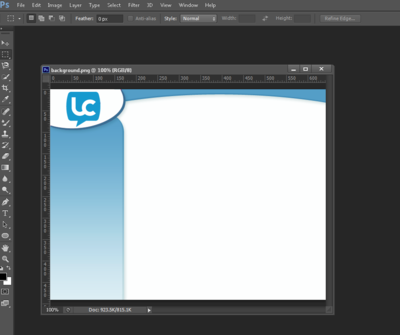 I'll add that (on my screen at least) 100% photshop size appears smaller and un-pixelated, but if you zoom in even just a little bit , the pixelation becomes evident. I am using a dual monitor set-up with one 1050 X 1680 display and one 1360 x 768 display, it sppears pixelated on either display....

by jacque
I've recently updated all the scripting conference stacks on the HyperActive Software web site. Many thanks to Sefro and others who have helped to get this project up and running again. I have sent a few stacks back to the authors for revisions, and as they are returned to me, I will re-upload them and put a note in their descriptions that the content has been revised.

by sritcp
The text font size of the 2005 scripting conference stacks are very small and difficult to read.
I tried resetting the textSize without success.
Is there a way to do it?

by jacque
The text fonts aren't the only small thing, the whole stack needs to be bigger. It was written back when the average monitor resolution was much less than it is now. Unfortunately I didn't have time to redo the whole stack layout, so the current fixes are minimal.

Most of the text fields are in groups, so you should be able to set the textfont and size on the entire group to change it. If any of the authors assigned text sizes or styling to individual characters in the field then those would have to be changed one at a time by selecting the text and changing the size.

If anyone has time to look at this, feel free. When I did the update recently I wasn't happy with the tiny size of the stacks on my large monitor. I didn't have time to change it, but even if I did, we'd need new images throughout. The existing ones were sized to fit the stack.

by sefrojones
Setting the scalefactor of the stacks to 1.25 should make it a bit more readable. In my testing this works great on windows,(the images get a bit pixelated, but the text is readable) I don't own a Mac, but I'll assume it probably works there as well. In Ubuntu however, it resizes the text to be too large for the fields like this: 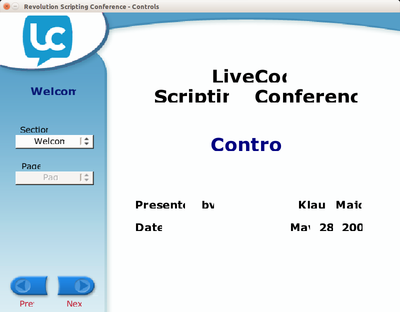 Not sure if this is a bug or a problem with my setup, as I'm only a couple months into using Ubuntu as my main OS. Anyway, setting the scalefactor should make these stacks a bit more readable if you're using Windows, or probably MAc.

by Sean O'Connor
I suspect the issue could be related to ubntu rather than lc as I also use Ubunto and have the same sizing issue when testing out LC projects.(currently 14.04 LTS 32 bit)

by iGerbil
Sound like a great idea ! Those stacks are still a great resource, even if they show their age.... Would like to contribute to the project somehow
All times are UTC+01:00
Page 3 of 3
Powered by phpBB® Forum Software © phpBB Limited
https://www.phpbb.com/