So: having looked at other people's ways of implementing Turtle Graphics in LiveCode I have decided to
be bloody-minded (as usual) and implement them in my way: which, in theory at least, seems extremely simple.

However I have run up against something a bit odd:

I attempted to get the "Turtle" to draw a pentagon, and performed a

but, as can clearly be seen from the snapshots; everything is squashed . . .
Top

Could it be that the drag speed varies depending on the angle?
Top

There is no drag.

Even if I do wear a kllt!

1. The widget has its angle set.

Your angles are certainly not all equal to 72 degrees.
Please post the script, so we can look at it. Else it's just guessing.
shiftLock happens
Top

Well... you *did* create a pentagon, so I'd say "mission accomplished".

Although Mark is right, as always:
Watch the angles, in case you wish to turtle along a regular pentagon. 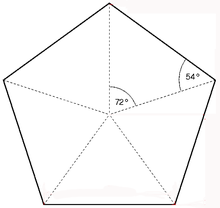 This may only give you an idea of the inner workings of my mind rather than anything else. 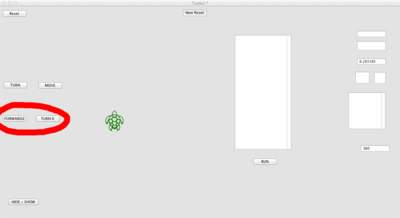 Only the 2 buttons outlined in red do any good.

you compute too much in between!! In principle you have/need two commands
= one sets the angle of your widget,
= one moves the widget a given length in the given direction
(the length is the radius of a circle around current location).

I tried to write this as follows close to your style
(for the card's script, at about 20 lines for the two commands).

Hope this is the easy way you try to build upon.
Using this for example a regular Pentagon is drawn as follows. 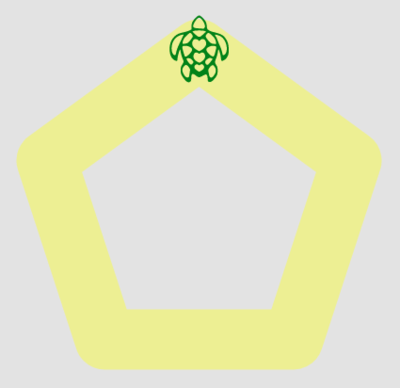 Turtled with the scripts above.

Thank you very much for the help.

And so it goes.

Stack removed as replaced by updated and improved version.
Top 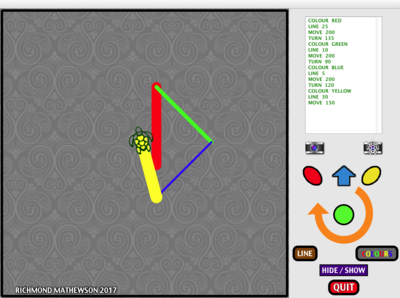 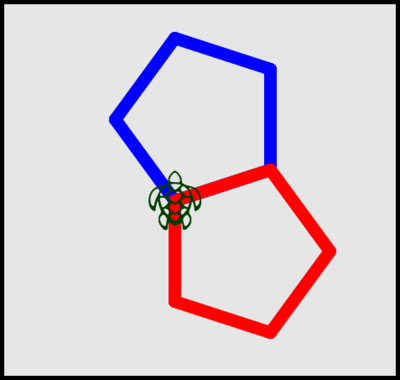 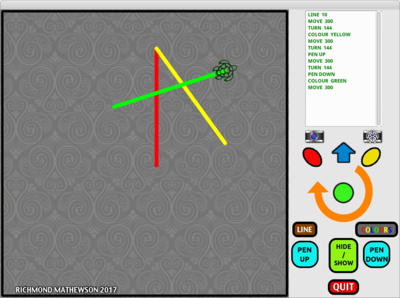 Stack removed as replaced by updated and improved version.
Top