The "convert" command documents the "date" and "short date" formats as month/day/year, where the year is two digits. This is correct. The "system date" and "short system date" functions are documented the same way, but they actually produce a four-digit year.

It is bad enough having to put up with the FACT that LiveCode, while being made in Scotland, wants to cosy up to the North Americans by getting dates wrong!

Who ever heard of putting the month in front of the day?

convert the date to long english date gives me Monday, September 24, 2018 which even I cannot object to.

I don't know where system date is documented . . . a search in the documentation produced dateFormat


The dateFormat function returns a string containing one or more formatting incantations, each of which describes a part of the requested date format. The possible incantations are as follows:

%a Abbreviated weekday name: the abbreviated day of the week, as reported by the weekdayNames function

%A Full weekday name: the full day of the week, as reported by the weekdayNames function

%m Month number: the number of the month

%y Two-digit year: the year as a two-digit number

%Y Four-digit year: This incantation indicates the year as a four-digit number (including the century)

Which, if you think about things, means you can set the way dates work in almost any way you like.

And incantations has to go down on record as my favourite word in computer programming. 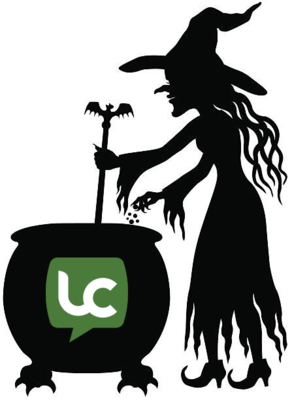 This is definitively no bug, so I will move this thread to the beginners section!
Top

This may also solve the problem of the OP.

Have fun!
Livecode programming until the cat hits the fan ...
Top


It is bad enough having to put up with the FACT that LiveCode, while being made in Scotland, wants to cosy up to the North Americans by getting dates wrong!

You fail to cozy up to the United States at your peril.

You fail to cozy up to the United States at your peril.

The ONLY reason I might do that is that the thought of getting into the bed with the Russian Bear is far, far worse.

I see. Somewhere I saw an example of getting the current time using "system date", not realizing that "date" gets the current time and "system" modifies its format. Never mind.
Ciao,
Paul
Top

Just so you know, it is possible to roll your own in any format using the "dateItems". There have been times when I needed to parse the information in special ways. It is easy to do, and you can keep each instance in a library somewhere.

What about when the year is before 1970?

(Yeah, it's a problem on Windows)
Top

You may want to look at this thread:

It doesn't help Windows users. LiveCode on Windows thinks a date before 1970 "is not a date" or errors.
Top

Nothing can ever help Windows users.

Banter aside, does really nobody care about Windows?
Top

I use it for at least part of nearly every work day. After Android, it's three most popular platform in the world. And in terms of making money, Windows is arguably the most important platform LiveCode supports.

That said, in all my years in this industry I've never met anyone who truly loved it. I've met many who like it, but not with the sort of passion we often see with Mac and Linux fans.

Personally, I care about Windows a lot. I just don't care for it much.