The acid trip that inspired Bill Atkinson to create HyperCard

Bogs, Richmond have just posted a link to the disk image
of Atari ST Zoomracks (823k). Maybe you could install it
in your Atari computer and post a video explaining how
this program could have been HyperCard's inspiration.

Oh, if you want that, you don't need to install anything to find out. The links you yourself posted go into it in quite some detail.

To boil it down, the guy that made zoomracks was peeved Hypercard (and a few others) were getting top billing for being the first 'stack and cards' metaphor languages.

Zoomracks is not going to look anything like hypercard or really anything we're used to at all, it was more like a punch card rack from the olden days. Not sure if your old enough to remember those though hah. Something like this (but with cli level graphics) 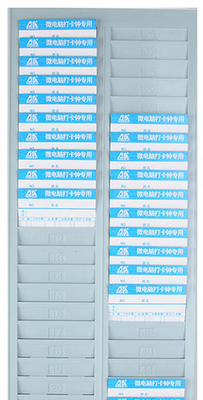 Bill Atkinson was is too clever and not vain to not credit an inspiration.


I owned an Atari ST. I owned a copy of Zoomracks. I used and liked Zoomracks. I thought it was great. I snorted with derision at Hypercard, and cheered when I read that Apple settled out of court and paid royalties to the author of Zoomracks (incidentally, they were the only defendant out of several that ever did, IIRC).


Then I bought a Mac and started using Hypercard. And let me tell you... Zoomracks is no Hypercard! That lawsuit had no merit whatsoever. As someone who used and liked both products at around the same time, I can claim with some authority that they were about as similar as a wagon wheel and a block of cheddar.


Yes, both products were based upon a card metaphor. The similarity ends there. In the world of index card-based database-like applications, Zoomracks took the technology from the hay wagon stage and advanced it to the level of the first horseless carriage. Hypercard, by comparison, was a 1999 Mercedes-Benz factory. The things Hypercard could do that Zoomracks never even aspired to... I'd go crazy even trying to enumerate them all.


Zoomracks was an ASCII-based interface for an ASCII-based database app. Pure and simple. The rack concept was a cute gimmick. Hypercard was a multimedia authoring application that happened to have some ability to deal with ASCII. Think of Visual Basic as it exists today. Hypercard was all of that, and more. Zoomracks is a text database. Hypercard is an earth-shakingly excellent integrated programming/execution environment with full multimedia, scripting, and hyperlinking down to its very core. Umm, how many ways can I say that? To compare Zoomracks with Hypercard is an insult to Hypercard.


And I say this with all (and I do mean all) due respect to Zoomracks, of which I probably still own a copy.


If Bill Atkinson said it was little green men that inspired him , I would believe him - he implemented UCSD Pascal on the Apple 2 which got me my Apple 2 as payment for writing some software for a local Apple Dealer.

Didn't need to use the University batch system after that, for which I am eternally grateful to him.


Zoomracks' author, Paul Heckel (formerly of Xerox PARC), received US Patent #4486857 for "Display system for the suppression and regeneration of characters in a series of fields in a stored record", describing the basic on-screen operation of the system.[3] After allegedly attempting to license it for some time, in 1988 he filed a series of lawsuits against Apple, Asymetrix (makers of the HyperCard clone ToolBook), IBM (who used ToolBook) and others,[4] as well as offering licenses to end-users of these products in case their uses infringed.[2] Zoomracks itself seems to have disappeared, even by this point in time, and many commented on the lawsuit as a way to make money off a "dead" product, a theme that is very common today.[5]

It covers every invoicing, stock control or Client records database I have ever written starting on the Apple 2.
Top
Post Reply
18 posts