I'm sure that there are other possible ways to get this info,
but here is a simple one:

Nice! Thanks very much for sharing that script.
Top

I checked it again and it works correct as you can see in the attached screenshot.
Maybe something's wrong with your settings?
Did you include iphoneUseDeviceResolution true, true in the preOpenStack handler? 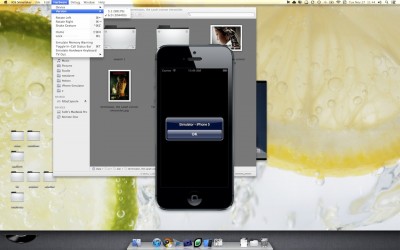 However, I had forgotten that I'd modified the LC runtime defaults by removing the Default4InchSplash.png files for the simulator and device in the LC app bundle, as I was previously needing to force the simulator to centre an iPhone 4/3.5 inch-sized app on the iPhone's 4 inch screen (if those files are present the smaller app will expand to fill the whole iPhone 5 screen size). Once I restored the Default4InchSplash.png files your script worked

Does this script that Ender posted still work? I can't get it to work on my stack. I get a execution error at line 2 (Handler: con't find Handler) near "iphoneUseDeviceResolution", char 1.
Top

For what it is worth this question was asked a small while back in this thread.
http://www.forums.runrev.com/viewtopic.php?f=49&t=17828

You will find in that thread a link to a Git Repository with a LC External that should return the device string. Note: It doesn't work on the simulator for some reason.
Top

Hi marcelloe,
The posted script will only run on a iPhone or in the simulator, not in the IDE.
You will have to add scripts to check where the app is running e.g.
if the environment is "mobile" then
--do the iPhone stuff

I built my app for Iphone 320X480. Is there away to scale it to IDevices? I know LC 6.5 is suppose to do this but I can't get anything to work. I am new to this and I am learning as I go. Any help would be appreciated.
Top

Read also the User Guide and the release notes for ver. 6.5.x

Here is a posting to your question:
http://forums.runrev.com/viewtopic.php?f=7&t=17763

First; yes, the script works fine; I'm still using it.
But, as Simon stated, you have to constrain it to mobile devices.
Simon's code must be added to mine.


A word about the Livecode 6.5, though...
This deserves a separate thread actually, but anyways.

A very important point to notice regarding Resolution Independence is that it doesn't relocate - reposition your controls.
It's explained in an issue of Newsletters.
It's not magic, it's not Geometry Manager, it's a scaler.

The programmer have to deal with the repositioning problem.
Let's say we have 2 images at 240*240px, placed one on top of another in the card.

Just putting a line of code into your script won't get it done.

So, one have to start to practice the basics of scaling-repositioning.
Do it yourself learning from the experienced programmers' scripts.
Write your own script to support different screen resolutions.
Then, you can make use of the boons of our lovely Livecode.