by jameshale
Dear Richard,
My post to the forum was not directed at you. Indeed I think I asked Mark to comment.
You indeed answered my post to you to the best of your ability. I was not making comment on that at all. I am sorry if you thought I was.
That you relayed from Peter the same response I had previously received from Heather was not being complained about.
I was in no way attacking the messenger.

I was and am still attacking the message though.

I have dealt with it contracts from both sides and ranging in cost from 3 to 7 figures.
I have never been given nor provided a response to a progress report that to give one will delay the project.
In both the educational and commercial worlds I was involved in, this was and is completely non acceptable.
If you do not know where you are and cannot state it how the hell will you ever know when you will get to the end.

Someone on the "team" knows the progress in terms of the stated goals. God, if they don't then giving this report is the least of our troubles.

A status update (in terms of stated goals) is all that is being asked for.

Honestly to me the why's and wherefore as to where we are along this path are irrelevant to this. I am not about to criticize or judge the why's or the other stuff that I am sure goes on. I am trusting they know what they are doing. I have, as many others, invested money to show that trust.

It really only needs a few lines, not the complete works of Shakespeare.

Btw, being told where the team is with this or that, although informative, doesn't actually help if the person you are telling has no idea where or what this or that has to do with the actual end point they were enquiring about. Without know whether this or that represent 10% or 90% I am none the wiser.

by FourthWorld
You've been given a progress report, apparently twice now. What you seem to want is also a fixed estimated schedule. As everyone involved has already explained, and as you know from your own work, arriving at meaningful estimates requires analysis, which is itself a scope of work. And given the nested scope as described for you, this is not quite as trivial as merely typing three arbitrary lines if those lines are to be at all useful.

As Steven McConnell reminds us, accuracy is quite different from specificity. A specific answer which is inaccurate is not useful.

You've been given accurate information. If you require more specific estimates, the engineers have already reported to you through two different channels that they will need to complete other tasks on which the FFI is dependent before they're in a position to estimate delivery schedules for the FFI itself.

That said, out of respect for both your time and my own I have to acknowledge that I've not really offered anything new here. We are going in circles. I have nothing else to offer here. If you want information from the company you may want to write the company directly.

by jameshale
Ok, I will accept that.
We don't know.
Hopefully somewhere down the track a post to this particular forum will be able to correct that.

by FourthWorld
The latest blog post has an update on the Android support in LiveCode Builder, now available in v9 DP6:
https://livecode.com/livecode-9-0-dp-6- ... e-preview/

I'd like to draw your attention to our latest funding campaign, aimed at increasing LiveCode's reach in the development world to infinity and beyond. Read all about it here:

Help us to make LiveCode insanely great and pledge!

a little slower than we hoped

Just under 2 years ago.

Draw your own conclusions.

a little slower than we hoped

Just under 2 years ago.

Draw your own conclusions.

What parts of LCB's foreign function interface are you using and what's not working with those?

by jameshale
This post was not just about the FFI.
This was so long ago my memory is fading. Perhaps that was the plan...

Now I think Stretch Goal 2 was the fully documented sqlite widget and tutorial.
Certainly haven’t seen anything about that. Although I believe Kevin or
Mark mentioned during an early LC Global something about being definitely being there in 9.1
Stretch Goal 3 was the native field widget.
Well we are partially there. An Android field widget and a single line iOS field widget.
These were done relatively quickly (relative to everything else) but nothing since they burst on to the scene.
Then there is Data Grid 2 with its faster scrolling/redrawing.
Oh wait, that is yet to be completed. Probably 9.1 again.
Finally there were all the little extras (pen, bag, an a couple of other things) that you could buy or were to be given if you took up the last big offer. They haven’t arrived. There has been no update (apart from Heather telling me a few months ago, maybe longer, that they were having problems with supply.) Perhaps 2019.

There is not much git activity these days either. Certainly not like before. Maybe they are all working on private branches or LC for FM. As for deadlines and due dates for milestones. They have be discarded for a very long time (around Peter B’s departure.)

by FourthWorld
I can't say I follow their GitHub progress religiously, but prompted by your post I took a gander.

This month's Insights summary: "8 authors have pushed 81 commits to all branches, excluding merges. On develop, 34 files have changed and there have been 331 additions and 189 deletions."

Doesn't seem too slackerly to me. Is there some other data I'm not seeing?

by jameshale
I look at the upper area.
26 merged pull requests.
10 proposed pull requests
0 closed issues
0 new issues.
This is a fraction of what it used to be.
But, as I said, there is probably activity on branches I don’t see.

The main thrust of my post was simply the update to the lack of progress of previously promised, and funded, proposals. Not to mention the swag that was promised never being delivered.

by richmond62
I don't know about "slackerly" or otherwise, but if you undertake to clean out the byre because its full of
skitter from last winter, and later I come out to look and find you building a greenhouse to grow tomatoes instead, it really doesn't matter how hard you have been working: I'll still rip your doo-dahs off and feed them to the rottweiler.

by jameshale
Me too.
Nice surprise.

by richmond62
Having no billabong to sit down beside I've never been a jolly swagman.

Now as to Fundraiser promises . . . 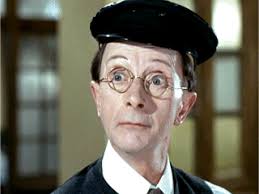