One perspective coming from a LiveCode background:

Worth more than a look; worth pointing out to the good people at LiveCode Central:

"Alas, those UI details are LiveCode’s weakness. In its decades of existence, LiveCode’s support of media has evolved very little. Its capabilities are serviceable, but are pretty limiting, especially when living in an age of full-blown computing in your pocket. Many animation effects and transitions in LiveCode require locking the screen, which is major inconvenience when trying to handle movement of many objects. And some features promised long ago have yet to be delivered (ie physics engine). So for several years now, I’ve been looking for a new environment to play in, something that would allow me to build richer experiences and spend less time hacking together workarounds to make up for limited presentation abilities and media support." 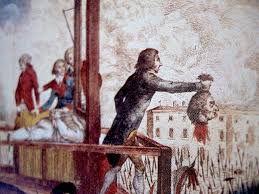 I love going through Scott's site, always lots of informative and interesting things to find on there. Thanks for the link <reading now>.

Hm. Well, while it sounds like all peaches and roses, apparently it isn't going to be so much for everyone. I initially tried going through the link he provided to Construct 3, and the message I got was -

I had a lot of fun tracking down various things that might be causing this to fail, and none of the proposed fixes / work arounds actually helped. Go figure 2.

Instead of spending the rest of my night fighting a loosing battle, I dl'd the slightly older not run in a browser version <which runs on windows only, yay! [not]>, which I then installed on my box through wine. For a wonder, it worked ok (forget about running or debugging while in the IDE though), and produced files that can be run on the box in html5.

The IDE itself looks like what I remember of the vs.net studio type setup. I'll readily grant you that Scott is far smarter than I am, I don't think working with it is nearly as easy as working with Lc, however from what I was able to test, it does move very quickly and smoothly. I didn't dissect all the reasons that may be, but I spent enough time with it to find it isn't my bag (as Austin might say). YMMV.

"Note that Unity WebGL content is not currently supported on mobile devices."
(my highlighting) 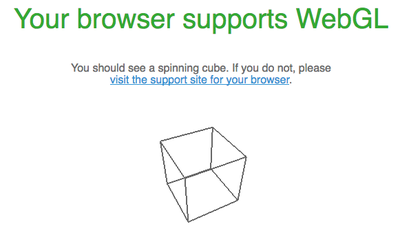 Oh, heh, I *know* why web gl isn't working on my box. The question I would have is that if you can produce games running at 60 fps in a browser without web gl, why would you need it to run an IDE?

I can understand something like sketchup (which now runs in a browser) requiring web gl. But a 2d platform IDE? I think thats asking too much.

Whatever LiveCode's shortcomings (and that is another area of discussion)
I feel that as soon as one has to move outwith LiveCode for something one needs
then it is time not to use LiveCode as I do not like "mixed salad" at all.

Scott Rossi's remark that I quoted above is one of the critiques that have
been levelled against LiveCode that they really give little or no indication of
addressing (even if Richard Gaskin keeps assuring us that they are).

I do feel the LiveCode development team develop LiveCode the way I develop software:
if something catches my fancy I have a go at it, rarely if ever listening to the opinions
of others. There is, however, an enormous difference between LiveCode and myself:

1. I am an individual who does not depend on LiveCode in any way whatsoever to put
cheese in his fridge (well, beyond knocking together incredibly simplistic stacks for
the 6-12 year old crowd to reinforce their EFL - for which I generally use RunRev 2.2.1
or RunRev 4.0), I rarely make promises re software (that somehow get forgotten),
and I am not really trying to keep any paying customers happy.

In a perfect world LiveCode would have blossomed in a way it hasn't, and because of
this people are having to leverage, hook-on and otherwise employ other software to
compensate for that.

The "application dance" (where one spends an awful lot of time jigging
back and forth between a slew of unrelated software packages to get things done)
should, on the whole, be a thing of the past. While that may hold true for image editing
or messing around with sound, once those resources have been prepared and
either imported or linked to a LiveCode project there should be no need to be dependent
on anything else (pace the situation with sound and video on Linux).

Every Summer I teach a "Summer Course" to children (9-16 years old) who learn how to
do an awful lot of things with LiveCode really rather quickly: it always makes me fed up
that, when they have got to a certain level of competence, I have to tell them that
LiveCode cannot do 'that', 'that' and 'that'; where 'that' generally refers to game-related stuff
(what are kids turned on by?).
Top

Heh, I think 'one language to do it all well' has been the dream of every dev I've ever met (including myself). I know there are certain languages I prefer to do certain things in, the closest to the above I ever used was Delphi.

My biggest contentions with languages actually happen because they change too much, usually without any good reason I can see, i.e. language x can already do something, lets change the way you do that because this way is SOOOOOOO much better than the previous way. The result (again, for me) was being tripped up by having done it way x so long that way y seems foreign and clunky.

My 2nd biggest contention with most languages is that they add feature xyz, before *fixing* bug lmn (every language I've ever used). I never understood it.

More recent history, I wound up using Realbasic 5 and liking it after Delphi went .net which aside from an almost complete language change, sent build sizes from close to C size and speed up to 'holy cow you have got to be kidding me!' size.

I came to Lc from Rb after the quick and very versatile editor became the slow, crash prone goofy editor I felt like I was fighting rather than using, along with discarding a perfectly good fast debugger and 6 (!?) language changes not just in actual terms but in formatting statements and the documentation going down the tubes.

Side note, their going to web based documentation really hosed a lot of people, since the local docs didn't launch on linux, and the web docs always pointed at the latest version, not necessarily what worked with your version. It really sucked by that point.

richmond62 wrote: ↑
Sat Jan 27, 2018 10:20 am
Scott Rossi's remark that I quoted above is one of the critiques that have
been levelled against LiveCode that they really give little or no indication of
addressing (even if Richard Gaskin keeps assuring us that they are).

I have no issue with what Scott wrote. I would prefer that you keep my name out of your complaints.
Richard Gaskin
Community volunteer LiveCode Community Liaison
LiveCode development, training, and consulting services: Fourth World Systems: http://FourthWorld.com
LiveCode User Group on Facebook : http://FaceBook.com/groups/LiveCodeUsers/
Top


I would prefer that you keep my name out of your complaints.

Of course, and I'm sorry if that bothered you.
Top

I never said you did.

I would prefer that you keep my name out of your complaints.

Of course, and I'm sorry if that bothered you.

My two cents: Livecode can do anything (game, db, math, videos, 3D, whatever), not the faster way, not the smaller size, but it can do anything everywhere.
Other tools are very specialized for just one thing.
Livecode Wiki: http://livecode.wikia.com
My blog: https://livecode-blogger.blogspot.com
To post code use this: http://tinyurl.com/ogp6d5w
Top

I think almost any tool can do almost anything, depending on -
a. your determination
b. your imagination.

There is only a real difference *theoretically* is based on how far outside the box the tool is meant to serve that you are willing to go. Lc isn't unique in being able to run on multiple platforms, and it can not just run anywhere (unless many of the engines that used to be in it get returned to it, as well as others being added) unless you are using web deployment, the same as many other tools are adopting.

On the other hand, there are some things that Lc makes incredibly easier to do than other platforms, mostly graphics related. Scott has a better example of this on his site, but if you were trying to produce a program that had 3 visually floating or odd shaped windows...

this would be incredibly more difficult in any other language, and probably impossible in some others.

the problem with your "evaluation" of that platform is, that you compare it to LiveCode Script.

A correct way would be to compare it to LiveCodeScript inclusive a browser widget with an admittedly not very much up-to-date libbrowser and inclusive LC Builder.

Then your demo is also possible (without the ugly "Play again" Button). You don't even need WebGL for that, pure JS only with a modern browser - so the users usually don't have to update their system or hardware for your games:

All you show is available NOT by the power of "Construct" but by the power of JavaScript and its ability to access the GPU. You can have that in LiveCode too, there are already several large examples.

OK, Construct has a lot of building bricks, more than LiveCode. But if you wish to go into details, then, before being forced to write plain WebGL, LiveCode has the increasingly powerful LC Builder available.

So my guess is, that you will leave that soon. A top designer is sooner at the details than other developers.